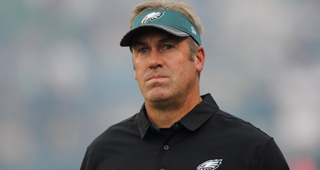 The following Infographic shows the past 10 years of DVOA rankings (2008-2017) for the Philadelphia Eagles.

The Eagles have been one of the NFL's most consistent winners this century and while they've had a pair of dips over the past decade, they've usually been contenders. 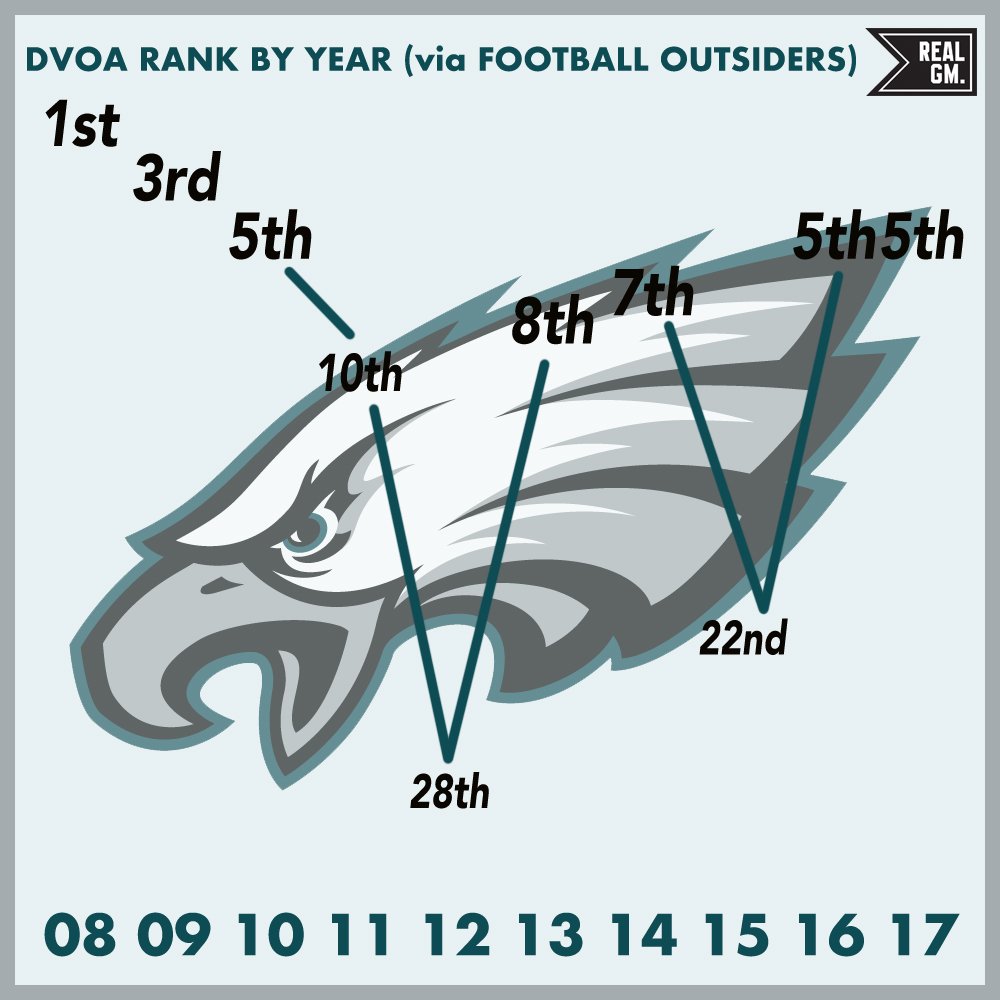