The following Infographic shows the past 10 years of DVOA rankings (2008-2017) for the Houston Texans.

The Texans have reached the playoffs four times during this snapshot, including 2016 when they ranked 29th in DVOA. 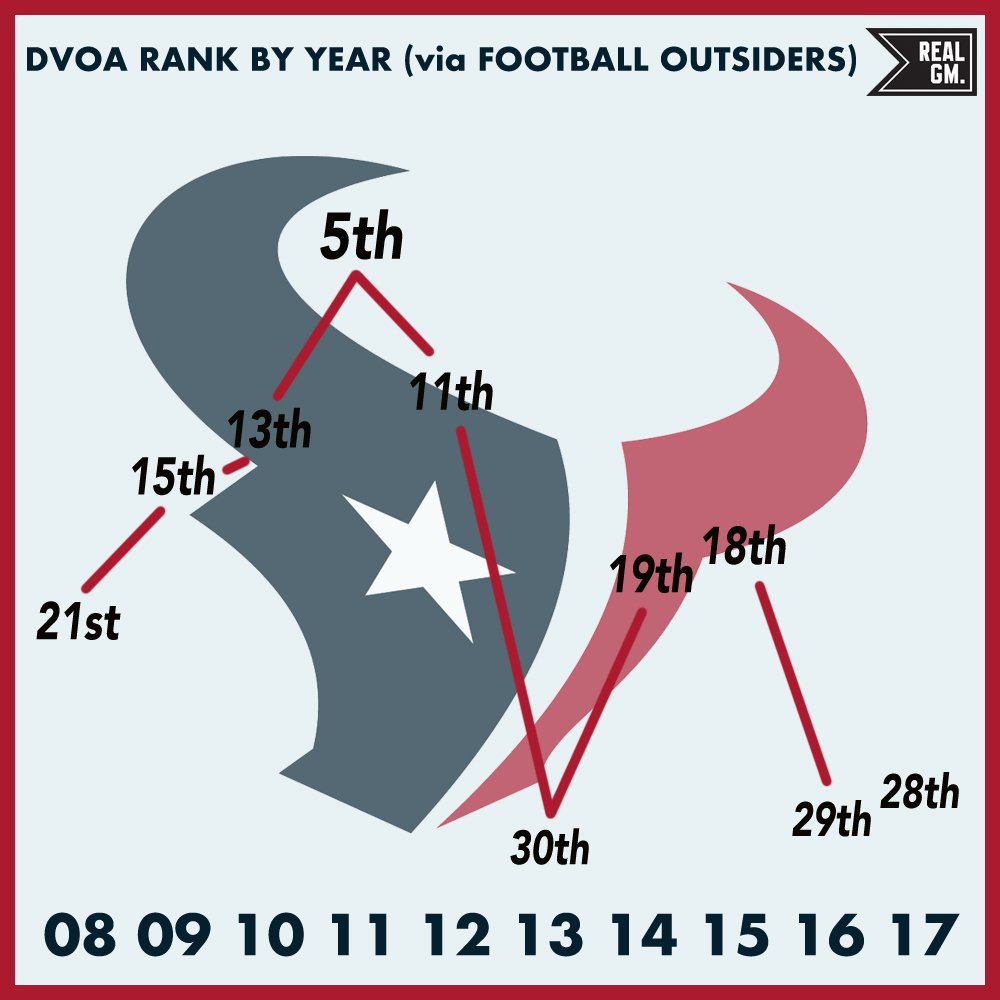