The following Infographic shows the past 10 years of DVOA rankings (2008-2017) for the Oakland Raiders.

The Raiders struggled for many, many years following their Super Bowl loss in the 2002 season, but they became competitive again in 2015. 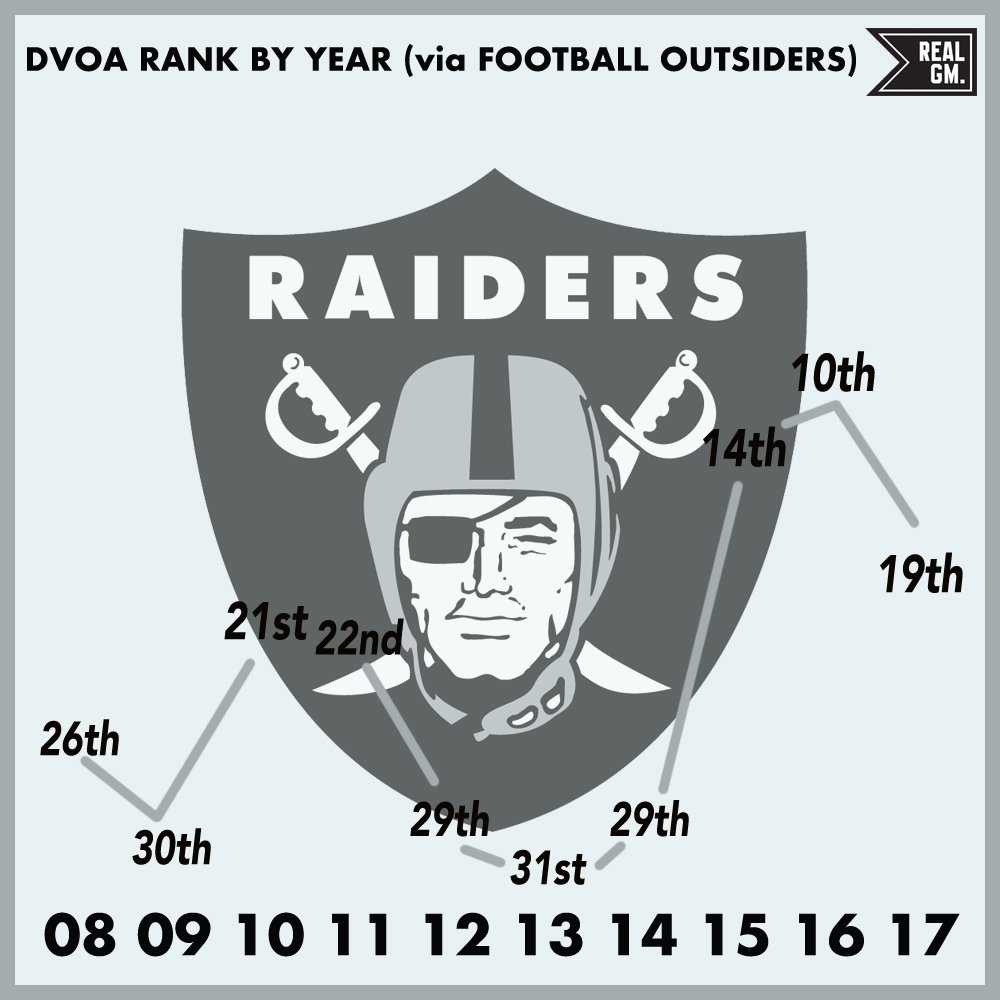