The following Infographic shows the past 10 years of DVOA rankings (2008-2017) for the New England Patriots.

The crazy part of this outlook is that it doesn't include the first seven seasons of Tom Brady's career as a starter with the Patriots ranking 11th, 7th, 4th, 2nd, 12th, 3rd and 1st. Brady was injured in Week 1 in 2008 when the Patriots finished 11th in DVOA despite having Matt Cassel at quarterback. 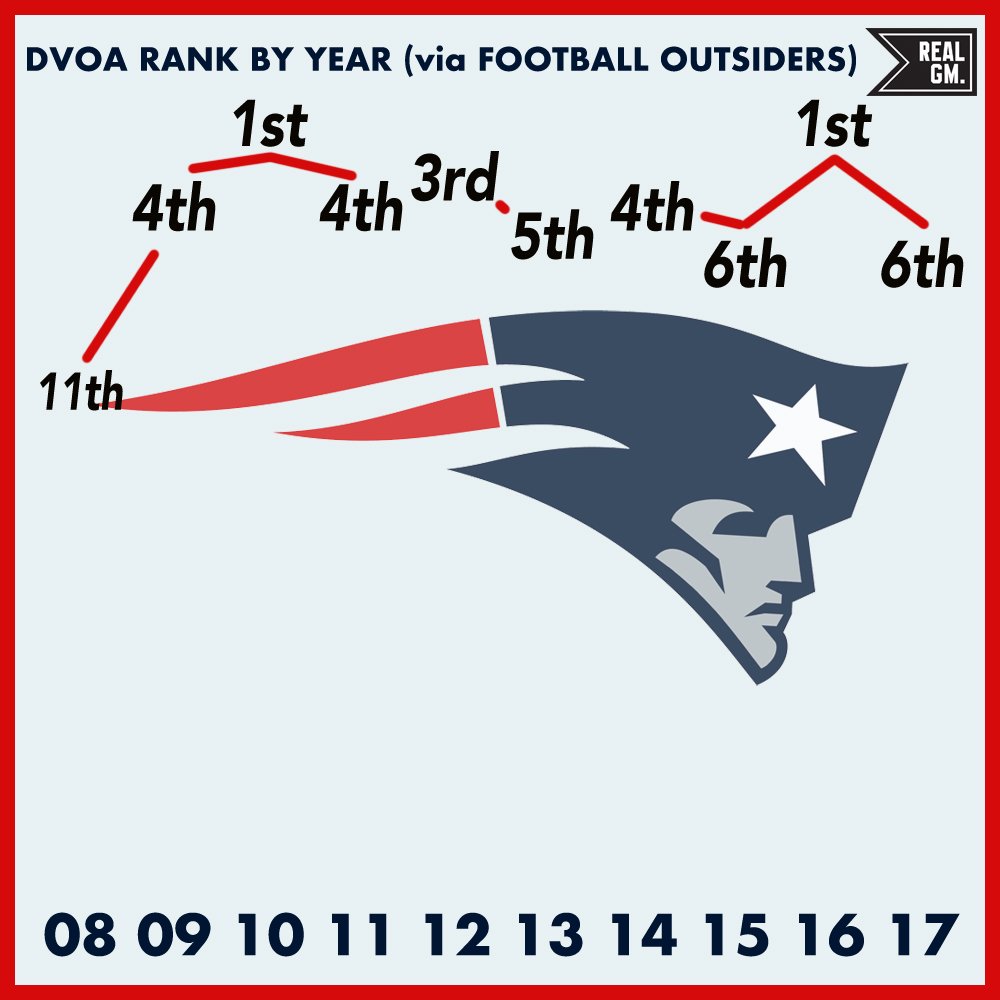