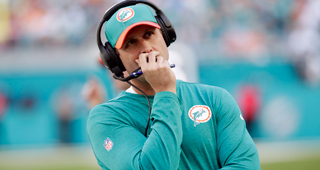 The following Infographic shows the past 10 years of DVOA rankings (2008-2017) for the Miami Dolphins.

The Dolphins have been an overarching downward trajectory throughout the snapshot with playoff appearances coming in 2008 and 2016. 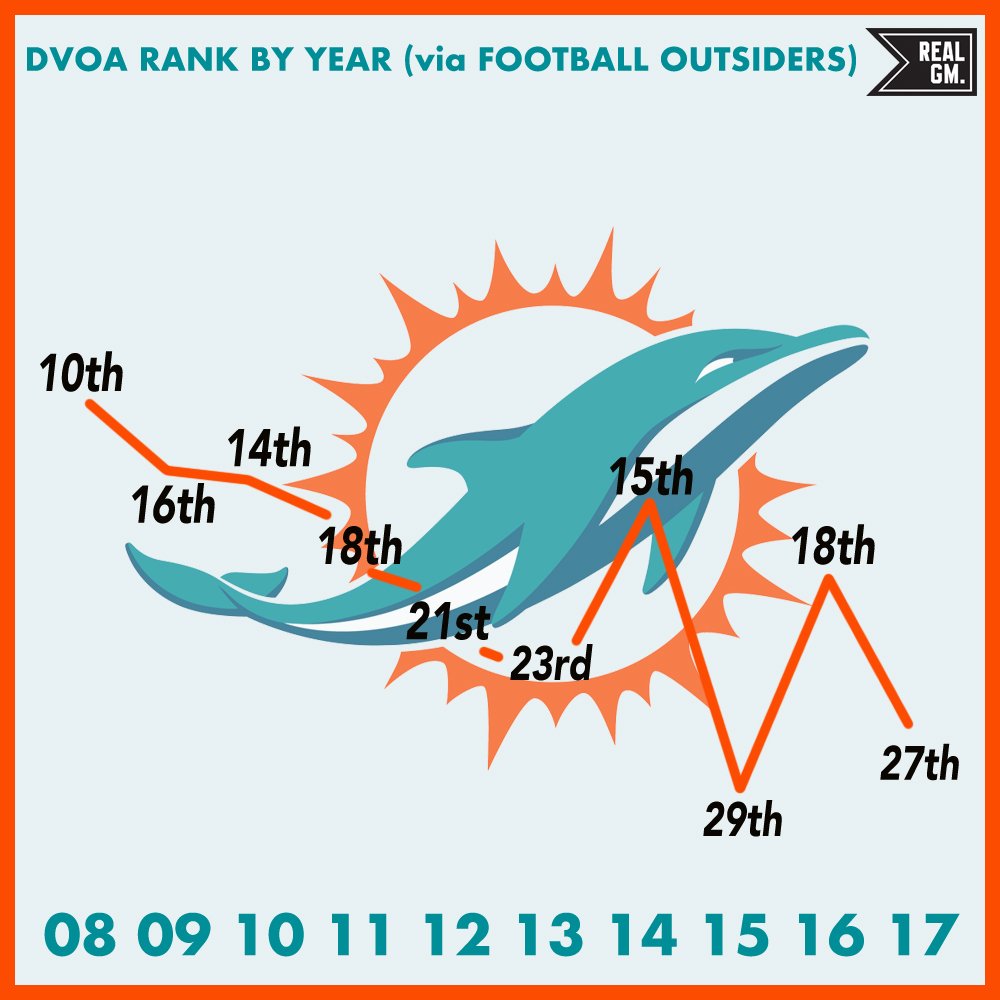