The following Infographic shows the past 10 years of DVOA rankings (2008-2017) for the New York Giants.

The Giants have struggled in four out of the past five years in DVOA and they again put their faith in Eli Manning in drafting Saquon Barkley over all of the quarterbacks available to them at No. 2. The hope is their 2016 season is the most representative of where this team is at. 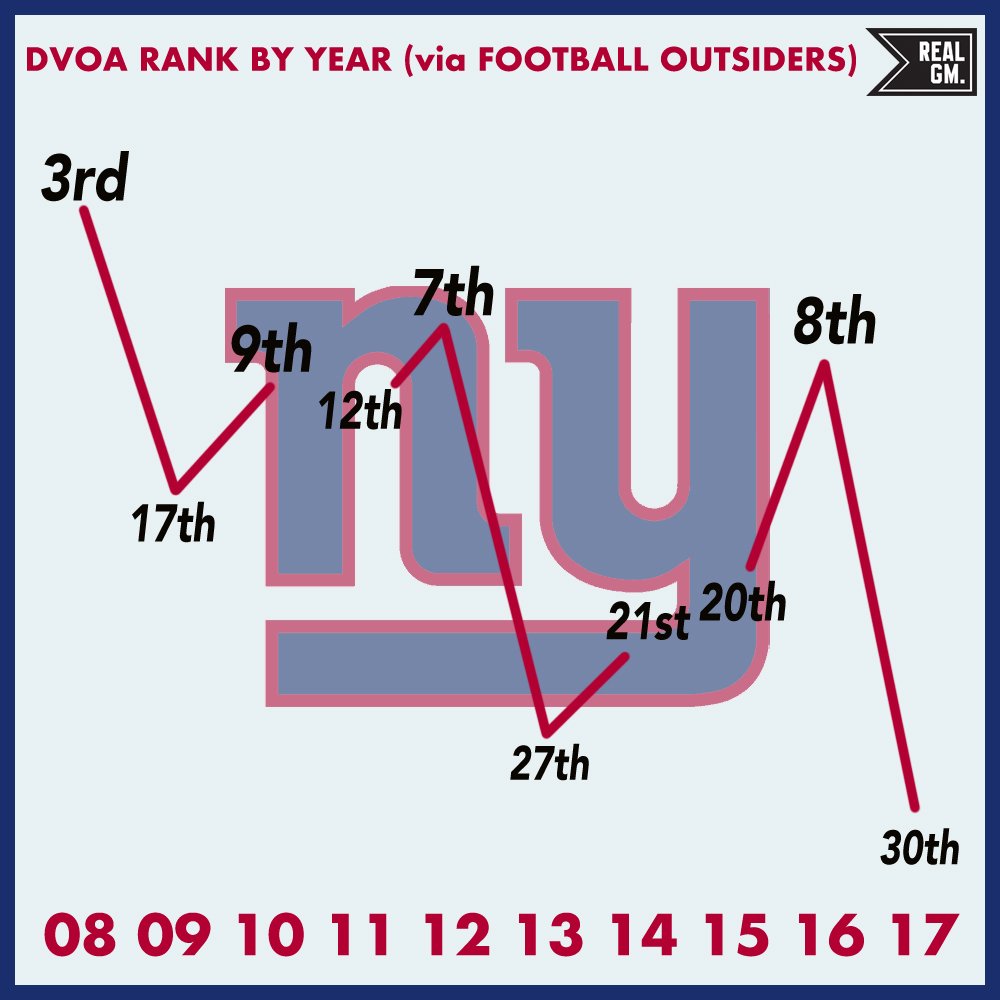