The following Infographic shows the past 10 years of DVOA rankings (2008-2017) for the Atlanta Falcons.

The Falcons then dropped to 15th after losing Kyle Shanahan to the 49ers, but they remained a playoff team. 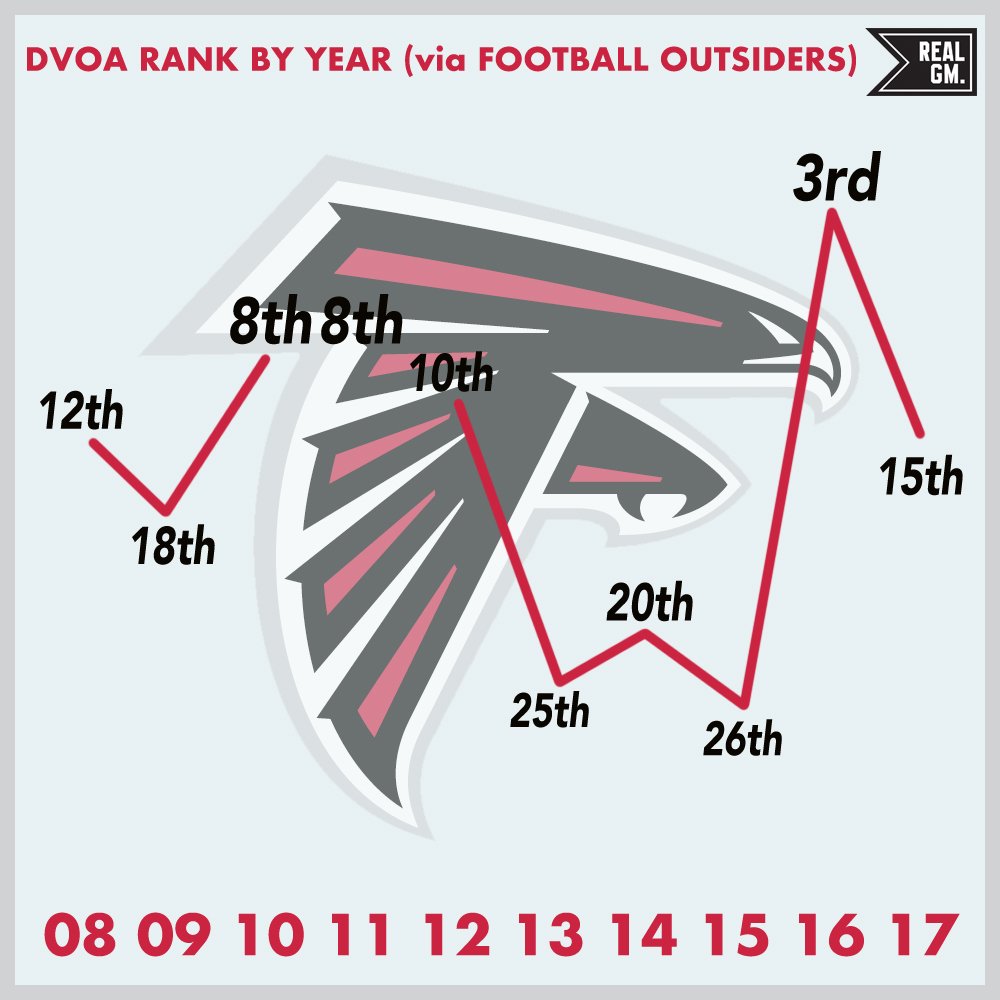