The following Infographic shows the past 10 years of DVOA rankings (2008-2017) for the Indianapolis Colts.

The Colts quickly dropped to the bottom of the NFL in DVOA when Peyton Manning was lost for the season in 2011 and jumped back up in Andrew Luck's second NFL season. That run has been short lived as the Colts had limitations in roster construction around Luck and then injuries he's suffered. 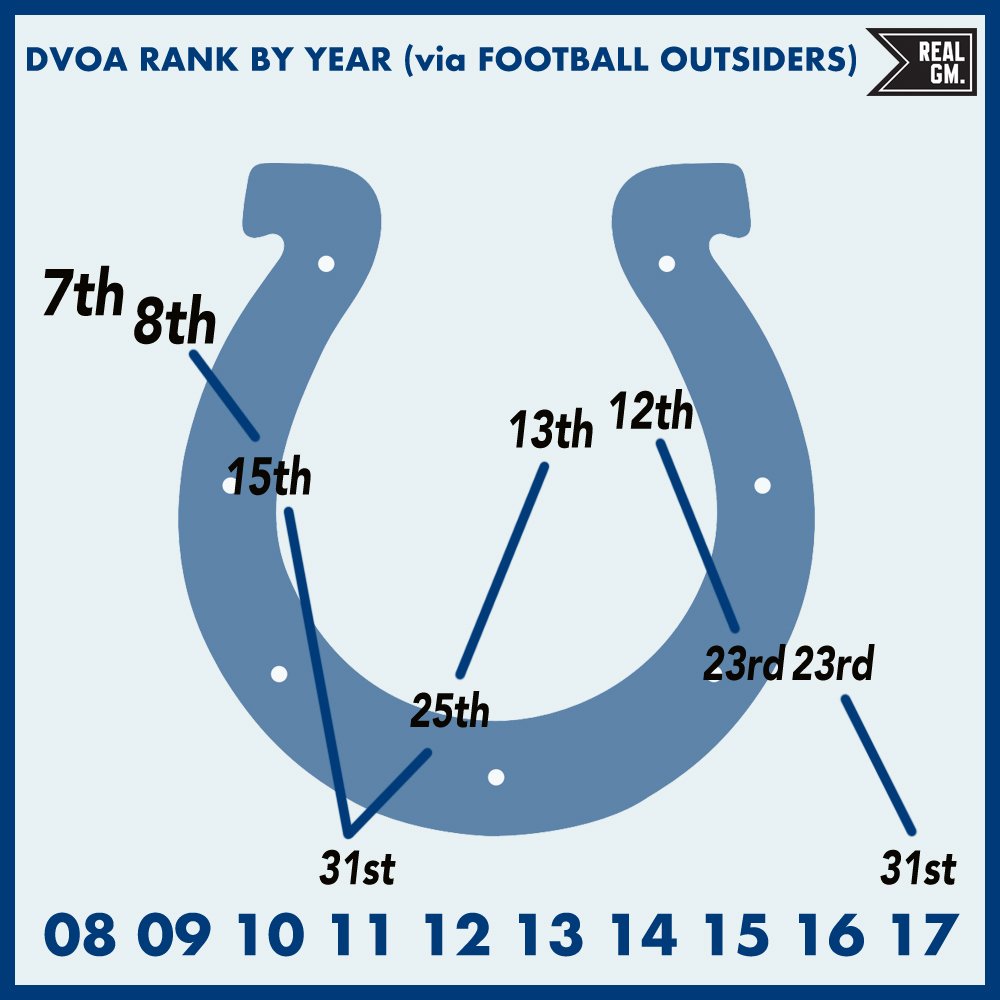