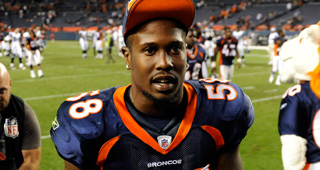 The following Infographic shows the past 10 years of DVOA rankings (2008-2017) for the Denver Broncos.

The Broncos were ranked 24th in DVOA during that final Tim Tebow season but then spiked to 2nd for three straight seasons when Peyton Manning arrived. Denver only dropped to 14th in their first season without Manning and then all the way down to 29th in 2017. 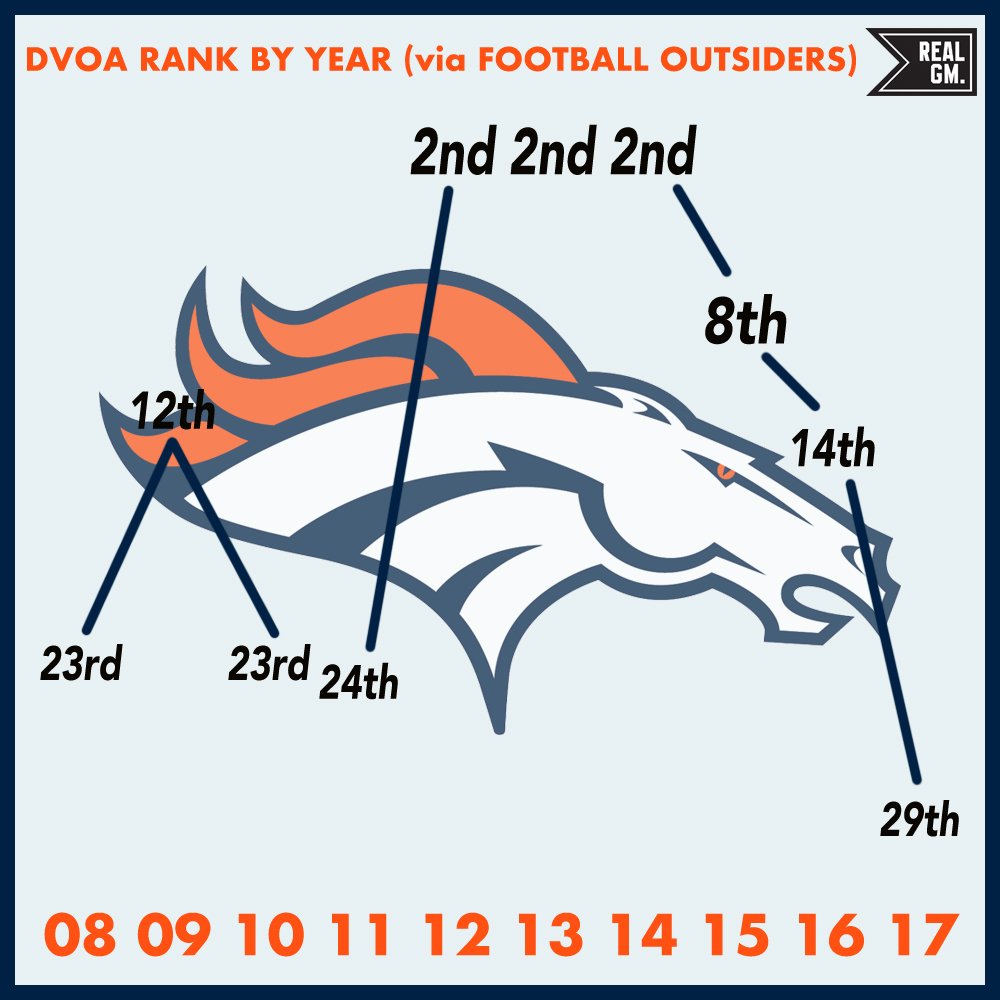