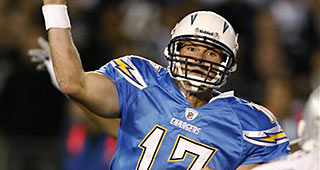 The following Infographic shows the past 10 years of DVOA rankings (2008-2017) for the Los Angeles Chargers.

The Chargers have held on during the second half of Philip Rivers' career with a few dips and surges, but they have only reached the playoffs once since 2009. 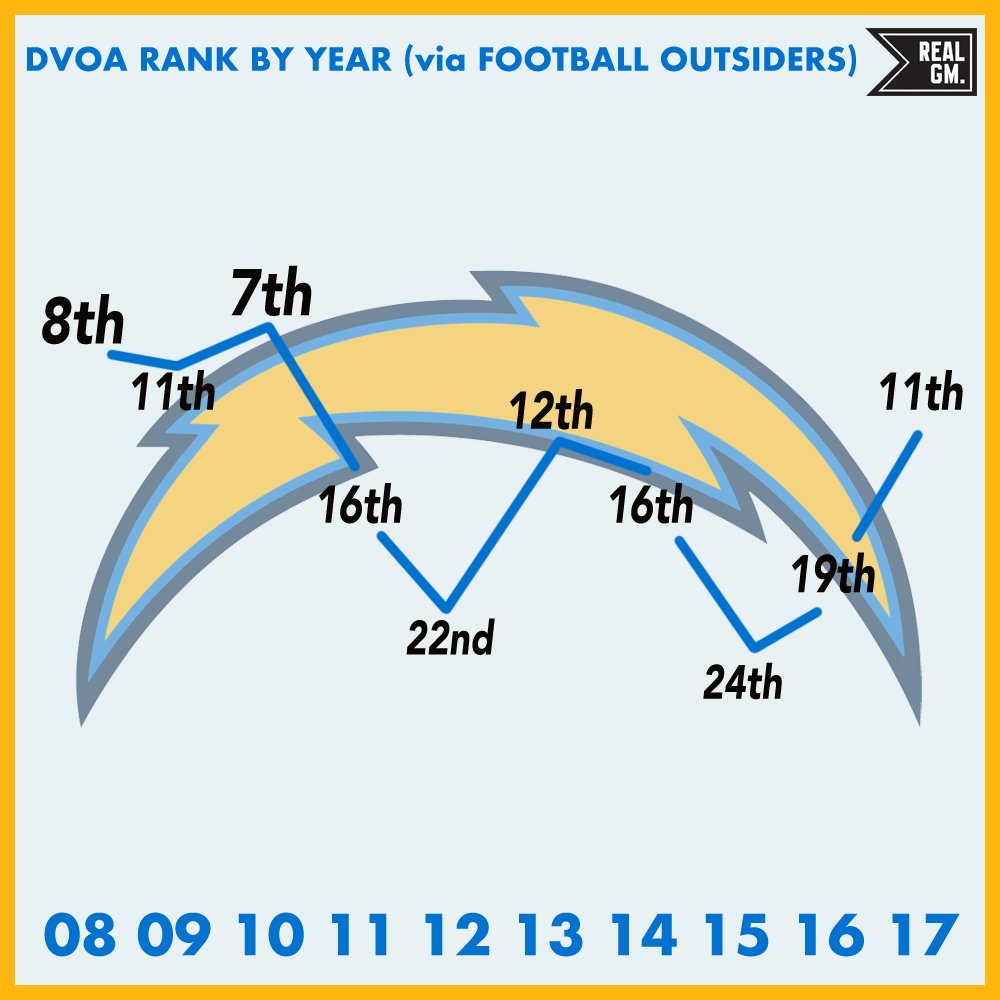