Stephen Hauschka has signed a two-year contract extension with the Buffalo Bills.

Hauschka joined the Buffalo Bills in 2017 after several season with the Seattle Seahawks.

The Kansas City Chiefs have agreed to sign Matt Moore after losing Chad Henne to a broken right ankle.

Moore hasn't played in an NFL game since 2017 with the Miami Dolphins.

Moore will be the backup quarterback to Patrick Mahomes. 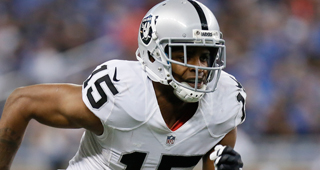 The Arizona Cardinals have agreed to terms on a one-year contract with Michael Crabtree.

Crabtree had a work out with the Cardinals more than two weeks ago.

The addition came hours after they released Kevin White.

"Mike is a guy who I've known a long time and had a ton of success in this league," Kliff Kingsbury said Aug. 6, the day after Crabtree worked out for Arizona.

The Miami Dolphins and Jakeem Grant have agreed to a four-year contract extension.

The receiver-returner is now under contract through 2023.

Grant was a sixth-round pick of the Dolphins in 2016 and was entering the final year of his rookie contract.

Jaylon Smith has agreed to a contract extension with the Dallas Cowboys.

Smith would have been a restricted free agent this offseason.

Smith was projected as a top-five pick but suffered a major injury to his knee, tearing two ligaments and suffering nerve damage that scared away many teams from selecting him. The Cowboys took him in the second round, No. 34 overall, in part because one of their physicians, Daniel Cooper, performed the surgery on Smith.

The Indianapolis Colts have placed D'Onta Foreman on injured reserve and have also signed Charcandrick West.

West was in and out of Chiefs camp in 2018, cut last summer but re-signed in December. 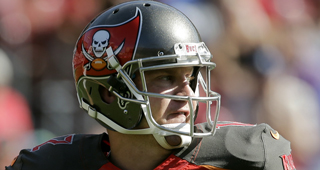 Josh McCown is coming out of retirement to sign a one-year deal with the Philadelphia Eagles.

McCown's deal contains $2 million in guaranteed money and could be worth up to $5.4 million.

McCown was planning to be an ESPN analyst this season but had wanted to play.

The New England Patriots have agreed to a two-year extension with Tom Brady.

Brady will make $23 million in 2019 instead of the $15 million he was previously scheduled to earn.

Brady will be just the sixth highest paid quarterback in the NFL.

When asked about the possibility of an extension on Wednesday, Brady brushed off the notion that he deserved one.

"I appreciate this team and the opportunity it gave me in 2000," Brady said. "I play for a great coach in Coach [Bill] Belichick, and [offensive coordinator] Josh [McDaniels] and I have a great working relationship. I love Mr. [Robert] Kraft and his family. We've had just incredible success. Hopefully we can keep it going."

Meredith was released by the New Orleans Saints four days into training camp.

The Patriots placed Meredith on the active/physically unable to perform list, meaning he is not yet cleared to practice, but can be activated at any time

Ryan Kalil has come out of retirement to sign a one-year, $8.4 million deal with the New York Jets.

Kalil made $7.5 million last season for the Carolina Panthers.

The Jets reached out to Kalil a few weeks ago to gauge his interest in coming out of retirement.