Justin Tucker has signed a four-year, $20.45 million contract extension with the Baltimore Ravens. The deal is the richest ever for a kicker.

The deal includes $12.5 million in fully guaranteed money for Tucker.

Tucker was scheduled to become a free agent after the 2019 season.

Tucker has converted an NFL record 90.1 percent of his field goal attempts.

Tucker joined the Ravens as an undrafted free agent out of Texas.

Ben Roethlisberger and the Pittsburgh Steelers have agreed to a contract extension through the 2021 season.

The deal will essentially guarantee Roethlisberger retires with the NFL.

Pittsburgh has lost both Antonio Brown and Le'Veon Bell this offseason amid questions of Roethlisberger's leadership.

The Atlanta Falcons have announced that Grady Jarrett has signed his $15.2 million franchise tag tender.

The Falcons have until July 15 to sign Jarrett to a multi-year contract.

"As we have said since the end of the season, getting a deal done with Grady is our priority," Thomas Dimitroff said last month. "Applying the franchise tag to him does not change that in any way. Our aim is for Grady to be an integral part of our plan for many years to come and this allows us to extend our negotiating window."

The Falcons placed the non-exclusive franchise tag on Jarrett in March, just a few days before the 2015 fifth-round pick would have hit free agency.

The Buffalo Bills have signed T.J. Yeldon to a two-year contract.

The Jaguars drafted Yeldon in the second round (36th overall) of the 2015 draft and he led the Jaguars in rushing as a rookie with 740 yards despite missing four games with an injury.

Washington has signed Matt Ioannidis to a three-year extension worth up to $21.75 million.

The deal came together over the past two weeks and sped to a conclusion the last two days.

Ioannidis recorded a career-high 7.5 sacks last season and now has 12 for his career. 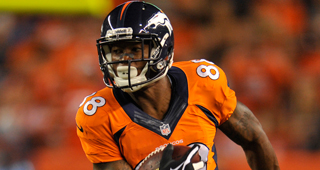 The New England Patriots have agreed to sign Demaryius Thomas.

Thomas spent the end of last season with the Houston Texans.

The Patriots lost Chris Hogan in free agency this offseason.

Russell Wilson and the Seattle Seahawks have agreed to a four-year, $140 million contract extension that makes him the highest-paid player in the NFL.

Wilson is contractually tied to the Seahawks through the 2023 season.

"Hey Seattle, we got a deal," a sleepy-sounding Wilson says while lying in bed next to his wife Ciara. "Go Hawks. But I'ma see ya'll in the morning. Time for ya'll to go to bed." 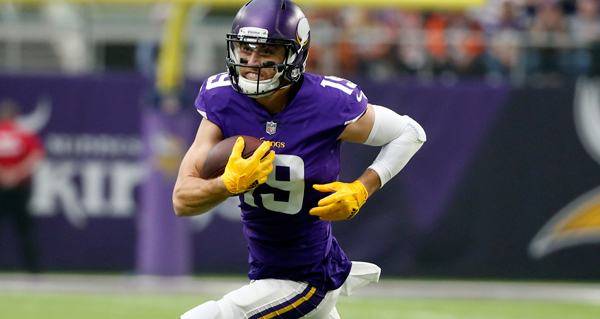 Adam Thielen and the Minnesota Vikings have agreed to a four-year contract extension worth $64 million.

Thielen had 113 receptions and nine receiving touchdowns in 2018. 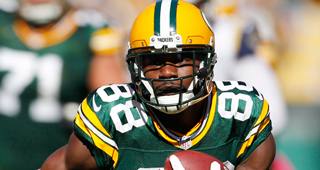 The New York Jets have agreed to sign Ty Montgomery to a one-year deal.

Montgomery will be Le'Veon Bell's backup at running back.

Montgomery, 26, was traded Oct. 30 to the Ravens, two days after an ill-advised kickoff return contributed to a Green Bay Packers loss to the Los Angeles Rams.

The guard is now signed through the 2020 season.

Austin Seferian-Jenkins has 116 career receptions for 1,160 yards and 11 touchdowns in 43 games over five seasons.

Rashad Ross led the Alliance of American Football with seven receiving touchdowns for the Arizona Hotshots.

Randy Gregory was set to become a restricted free agent after the 2019 season.

Michael Bennett's reworked two-year deal has a base value of $16.75 million, including a $4 million signing bonus.