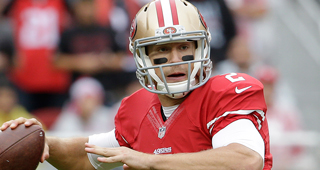 The Tampa Bay Buccaneers have signed Blaine Gabbert to a one-year deal.

Gabbert played for Bruce Arians with the Arizona Cardinals in 2017.

Gabbert will compete with Ryan Griffin for the backup quarterback job behind starter Jameis Winston.

Robert Griffin III has agreed to a two-year contract with the Baltimore Ravens.

Griffin will be Lamar Jackson's backup at quarterback after serving as Baltimore's No. 3 last season.

Griffin proved to be an effective quarterback coming off the bench in 2018.

Griffin was the No. 2 overall pick in the 2012 draft and was named the NFL Offensive Rookie of the Year. 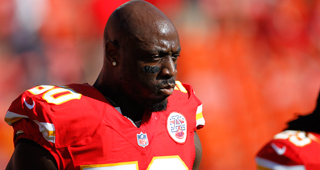 The Indianapolis Colts have agreed to sign Justin Houston to a two-year, $24 million contract.

Houston was cut by the Kansas City Chiefs this offseason.

The Colts previously inquired about trading for Dee Ford of the Chiefs.

The Houston Texans have signed A.J. McCarron to a one-year, $3 million deal to serve as Deshaun Watson's backup.

Watson was backed up by Brandon Weeden and Joe Webb III in 2018.

Vontaze Burfict has agreed to a one-year deal with the Oakland Raiders worth up to $5 million.

Burfict will reunite with defensive coordinator Paul Guenther, who held the same role with the Bengals from 2014 to 2017.

"We're on the same team," Burfict said. "It's one goal. It's all positive, man. He's a great player. ... I'm going to approach him just like I do all my other teammates. ... There's nothing negative here. We're on the same team. We're trying to win a championship here.

"Honestly, we might be the closest friends on the team, you know what I mean? So, just got to go along with it, and I can't wait to meet him." 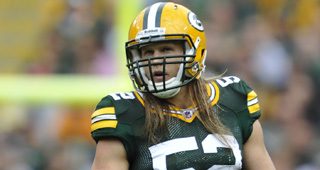 Clay Matthews has agreed to terms with the Los Angeles Rams on a two-year contract. Matthews is coming off a five-year, $66 million contract with the Green Bay Packers at the age of 32.

Matthews registered only 3.5 sacks last season, the lowest single-season total of his career.

Matthews will likely play some at inside linebacker this season despite primarily playing as an outside linebacker and edge rusher during his career.

Mark Barron has agreed to a two-year, $12 million deal with the Pittsburgh Steelers, according to a source.

Barron was the starting inside linebacker for the Los Angeles Rams, but they released him earlier this month with two years remaining on his contract.

The Rams acquired Barron midway through the 2014 season from the Tampa Bay Buccaneers, who selected him with the seventh overall pick in the 2012 draft.

Tyler Eifert has agreed to re-sign with the Cincinnati Bengals.

Eifert broke his ankle last season on Sept. 30 against the Atlanta Falcons and was placed on injured reserve after just four games, 15 receptions and one touchdown.

Eifert has never played in a full 16-game season.

The San Francisco 49ers have signed Jordan Matthews to a one-year deal.

Matthews returned to the Philadelphia Eagles in September following injuries to Mike Wallace and Mack Hollins. Matthews appeared in 14 games and posted 20 receptions for 300 yards with two touchdowns.

Matthews was traded by Philadelphia to the Buffalo Bills before the 2017 season along with a third-round pick for cornerback Ronald Darby.

K.J. Wright signed a four-year, $27 million extension with Seattle in at the end of the 2014 season.

Coleman had 167 carries for 800 yards last season and also was widely featured as a receiver out of the backfield.

The Saints' best offer to Mark Ingram was for four years, $17 million with only $5 million guaranteed.

The deal contains $35 million in guaranteed money for Le'Veon Bell.

Mark Ingram will not return to the Saints with the move for Latavius Murray.

Za'Darius Smith was the sack leader for the Ravens with a career-best 8.5 last season.

Ja'Wuan James will be the Broncos' starting right tackle.

Terrell Suggs had spent his entire career with the Ravens since he was drafted in 2003 out of Arizona State.

C.J. Mosley has gone to the Pro Bowl in four of his five NFL seasons.

Trey Flowers led the Patriots in sacks each of the past three seasons, with his 7.5 in 2018 setting a career high.

The $50.125 million for Nick Foles is the largest amount of guaranteed money in Jaguars' history.

Kwon Alexander suffered a torn ACL in Week 7 of the 2018 season.