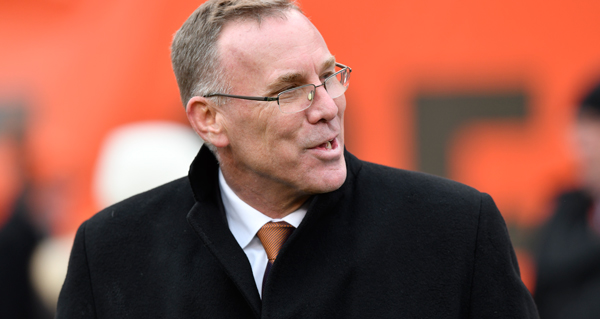 John Dorsey and the Cleveland Browns have "mutually agreed to part ways."

Dorsey became general manager of the Browns in December 2017.

"While John helped greatly improve our team's talent and we are excited about the core players on our roster, we fully recognized that our team did not meet its potential on or off the field and additional changes in leadership give us the best opportunity for success in the future," Jimmy Haslem said in the statement. "As the role of the general manager continues to evolve in this league we felt there were areas that needed to be reassessed. Over the last 48 hours, we've had discussion with John about his role but could not come to an agreement on a position that would enable him to remain with the organization."

Dorsey said in the team statement: "When I took this job, the history of this storied franchise and the passion of our fans was an integral part of my decision. It is that same understanding and desire to see these fans enjoy the success they are so deserving of that helped me conclude, along with Jimmy and Dee (Haslem), that it was best to part ways as they embark on the search for a new head coach. I know how critical the relationship is between a general manager and head coach and I also know how critical it is that the Browns have a strong leader in their next coach."

Antonio Brown accused the New Orleans Saints of bringing him in for a workout as a publicity stunt.

“I know I got a really crusty tone lately,” Brown said. “But really I’m at peace. I just don’t like the lack of respect in the world. You know, everyone has deadlines. I guess the NFL don’t have a deadline for me, so. I appreciate Sean Payton and them guys for supporting me and bringing me out to work out. But I think it was a publicity stunt for them. Sean Payton know[s] the feeling of being left behind, not being able to interact with his team. I don’t have a team. But it is what it is. We don’t seek comfort. We don’t make excuses. I’m [going to] just keep committing to be the difference. ‘Cause I know I’m the difference.”

Brown is in limbo as he remains under investigation under the Personal Conduct Policy. 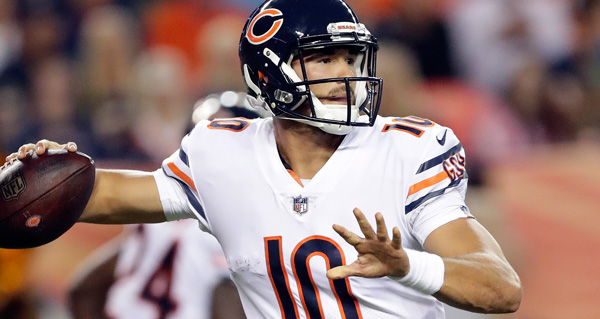 The Chicago Bears have committed to Mitchell Trubisky as their starting quarterback in 2020.

Ryan Pace, however, said the Bears are unsure about picking up their fifth-year option on Trubisky's contract.

"Patience with a quarterback is hard, but a lot of things pay off if you're able to get through these tough times," Pace told reporters.

Matt Rhule has declined an opportunity to interview for the Cleveland Browns' head coaching job.

Rhule is currently head coach of Baylor and is expected to be a leading candidate for the vacancies with the New York Giants and Carolina Panthers.

Rhule signed a contract extension in September that runs through the 2027 season. 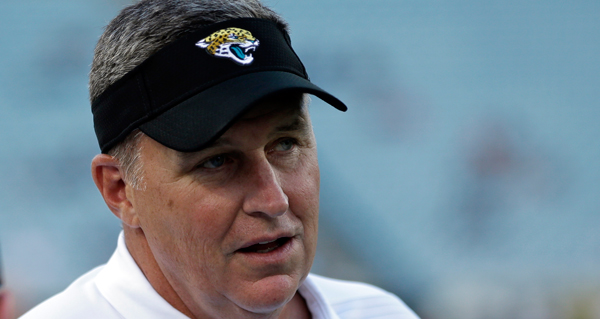 The Jacksonville Jaguars will retain Doug Marrone as head coach and David Caldwell as general manager.

The Jaguars fired Tom Coughlin before the end of the season and Shad Khan was considering broader changes.

Marrone completed his third season with the Jaguars. 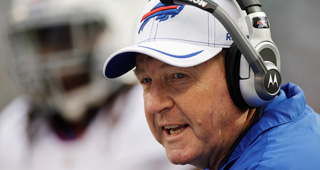 The Miami Dolphins have lured Chan Gailey out of retirement to serve as their offensive coordinator.

Gailey, 67, last coached as the coordinator for the New York Jets in 2016.

Ryan Fitzpatrick has been the starting quarterback under Gailey for five seasons -- three years with the Buffalo Bills and two with the Jets. 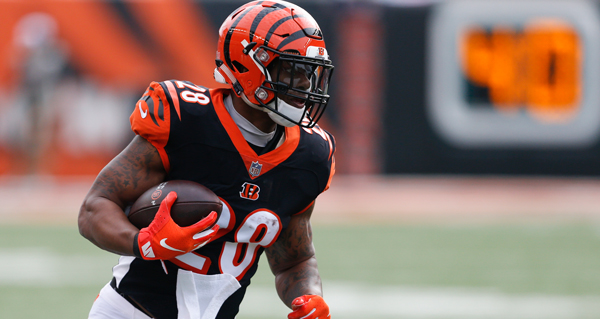 Joe Mixon is eligible for a contract extension for the first time and wants to get negotiations with the Cincinnati Bengals moving.

"I want to be a Bengal for life," Mixon said. "I haven't really thought about an extension. Right now is definitely the time to start getting into it. I don't know much about the extension part. I just have to go in and hopefully we work something out. I just wish for the best. The ball is in their court, not mine."

Mixon's production rose in the second half of the season for the 2-14 Bengals.

Eli Manning isn't sure whether or not he'll play next season, but if he does play he doesn't want to be a backup.

Manning, who turns 39 on Friday, has never played for a team other than the New York Giants.

He isn't interested in serving as the backup to Daniel Jones in 2020.

Retirement is a much more realistic possibility for Manning after 236 career games and two Super Bowl MVPs.

"Yeah, everything is an option," he said. "That is the first decision, whether I want to continue to play or not."

Jason Garrett met with Jerry Jones on Monday and will do so again on Tuesday as the coach's status remains in limbo.

Garrett's contract expires on Jan. 14, but Jones said after Sunday's season-ending win over the Washington Redskins that there was no timetable for a decision.

A large portion of Cowboys assistant coaches have expiring contracts as well and can begin seeking jobs.

The Baltimore Ravens and San Francisco 49ers enter the playoffs as Super Bowl favorites, according to SportsBetting.ag.

Jerry Jones Mum On Timeline For Decision On Jason Garrett

Kyler Murray Had To Be Convinced To Play Sunday

Oddsmakers Give Jason Garrett 83.3 Percent Chance Of Being Fired

Antonio Brown Works Out For Saints

Jason Witten Will Decide On Future Quickly After Season

Aaron Rodgers: I Don't Need 40 TD Passes For Us To Win