The New Orleans Saints' Week 4 win over the Dallas Cowboys was the most-watched regular season game on NBC Sunday Night Football since 2016.

Sunday Night Football is averaging 21.4 million viewers across all platforms this season, which is up five percent from the same point last season.

Bradley Chubb will miss the remainder of the season with a torn ACL.

Chubb initially left the Denver Broncos' Week 4 loss with a calf injury and then for the knee injury before returning to the field.

Vic Fangio said Chubb "had some calf issues and then I think he had another injury in his leg issue that he was able to come back from." 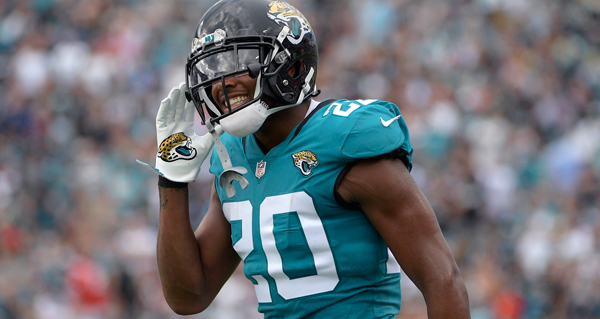 The Los Angeles Chargers could have interest in trading for Jalen Ramsey.

Ramsey is attempting to force a trade from the Jacksonville Jaguars.

The Kansas City Chiefs and Baltimore Ravens could also have interest in Ramsey.

The NFL believes approximately two percent of the population in Great Britain is watching their league each week.

The per-minute audience for the Red Zone channel in Britain has doubled since last year from an average of 70,000 viewers to 140,000. The approximately number for cumulative audience per week is 1.4 million.

The NFL has made a concerted effort to improve their presence in Britain over the past several seasons with both marketing and games played in London.

Vontaze Burfict has been banned for the remainder of the season for his helmet-to-helmet hit on Jack Doyle of the Indianapolis Colts.

Burfict was initially flagged for hitting Doyle in the head across the middle. But after the officials conferred, Burfict was thrown out.

Burfict has received 13 suspensions and fines in seven seasons with the Cincinnati Bengals before signing with the Raiders as a free agent this offseason. 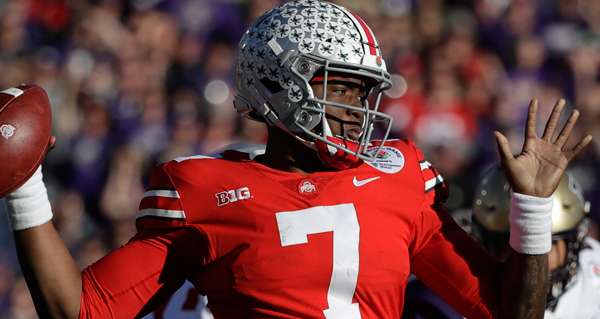 The Washington Redskins aren't sure who will start at quarterback against the New England Patriots on Sunday.

Dwayne Haskins replaced Case Keenum late in the second quarter of this past Sunday's loss to the New York Giants.

Haskins, the 15th overall pick, completed 9 of 17 passes for 107 yards and three interceptions.

"He's got to earn that right first," Jay Gruden said. "I don't care where you're drafted, you have to earn that. He's got to come in here and perform when he's asked to perform, and if I feel he gives us the best chance to win against New England, I'll put him in."

Keenum had completed 6 of 11 passes for 37 yards in nearly two quarters of action.

The Los Angeles Rams play the Seattle Seahawks on Thursday night after losing to the Tampa Bay Buccaneers on Sunday afternoon.

Todd Gurley has never been a fan of international games or those played on a short week.

"You know how I feel about Thursday night games," Gurley said. "I feel like they are the dumbest thing ever."

Gurley rushed for 16 yards and two touchdowns on five carries against the Buccaneers. He caught seven passes for 54 yards.

"For the most part, if you aren't really battling injuries or stuff like that, Thursday is kind of like a day you usually feel good anyway," the running back said. "They played on Sunday, as well. ... We just have a quick turnaround to go up to Seattle." 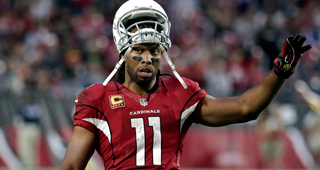 Larry Fitzgerald passed Tony Gonzalez for second place on the NFL's all-time list on a 15-yard catch with 1 minute, 41 seconds left in the Arizona Cardinals' 27-10 loss to the Seattle Seahawks.

Fitzgerald came into the game needing five catches to reach 1,326 for his career.

"I don't mean any disrespect to guys on the all-time list but it's hard to take anything good from losing two in a row at home, three home games out of four, and we don't come out with a win," the receiver said. "That's pretty depressing, so there's not much to really be happy about."

Jerry Rice sits in first place on the receptions list with 1,549.

Antonio Brown will file nine grievances and appeals simultaneously as he looks to recoup as much as the $61 million he believes he is still owed to him.

The grievances and appeals involve the following issues and sums of money:

Brown could also file an appeal if he is suspended by the NFL. Brown has been accused of sexual assault and sexual misconduct by two different women

Dak Prescott and the Dallas Cowboys are not close to agreement on a contract extension at this time and a deal is not expected to be reached in the near future.

There is, however, motivation on both sides for a deal to eventually be reached.

There hasn't been a setback on the talks as they have not moved past the preliminary stages.

Prescott isn't considering moving off his demands, especially as he continues his strong start to 2019.

NBC Likely To Flex Rams-49ers To SNF For Week 6

Matt LaFleur: I Don't Know What Pass Interference Is Anymore

Anthony Lynn: Melvin Gordon Will Be 'No. 1 Guy' When He's Ready

Lamar Jackson: I Hate Running, I'd Rather Pass

Saquon Barley Advised Not To Undergo Surgery On Ankle

Melvin Gordon To Report To Chargers On Thursday