Alex Smith Out For Week 17 With Lacerated Spleen 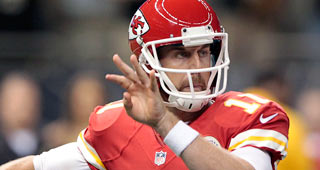 Alex Smith will be out for Week 17 with a lacerated spleen.

Chase Daniel will instead start for the Chiefs.

“It wasn’t until after I dressed and adrenaline wore off that I noticed anything. I didn’t relate it to a hit,” Smith said. 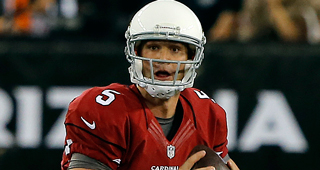 Drew Stanton will almost certainly be out for the rest of the season.

The Arizona Cardinals discovered an infection Wednesday which required arthroscopic surgery. The infection was believed to have been caused by an outside medical procedure, Ian Rapoport reported Friday.

Stanton has been out since suffering an MCL sprain earlier in the season.

With Carson Palmer out for the season, Stanton had become the Cardinals' starting quarterback.

Ryan Lindley will likely start for the Cardinals in the playoffs. 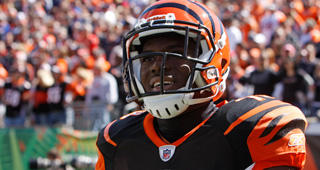 A.J. Green hopes to play in Week 17 despite a bruised right biceps suffered in Week 16.

Cameras caught Green grimacing multiple times as trainers tried to work on his arm on the sideline. At one point, he even went into the locker room for X-rays.

Green said the tests were negative and that he didn't think the injury would keep him from next week's regular-season finale. 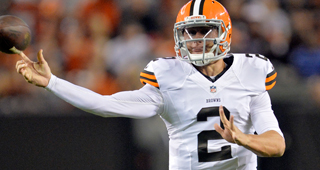 Johnny Manziel will miss the rest of the season with an injured hamstring.

Manziel was inserted as the Cleveland Browns' starter before Week 15 to replace Brian Hoyer. Hoyer will be a free agent this offseason.

Aaron Rodgers doesn't expect his calf injury to be an issue in Week 17.

The Green Bay Packers play the Detroit Lions with the NFC North title on the line.

"I'll be OK for next week," Rodgers said after Green Bay's 20-3 romp over the Buccaneers on Sunday, per ESPN Wisconsin. "(I) hurt my calf pretty good, but the training staff helped me kind of get through it. Just put some heat on and just tried to push through it."

Rodgers also battled through a "pretty bad" flu to complete 31-of-40 passes for 318 yards with one touchdown and no picks. 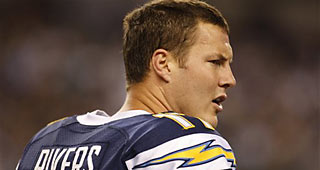 Philip Rivers has a bulging disk in his lower back and may need surgery in the offseason.

Rivers has dealt with a rib ailment for much of the season, but the back is the present issue and what forced him to miss recent practice time.

Rivers was 33-for-54 with 356 yards, four touchdowns and three interceptions Saturday at Levi's Stadium in the San Diego Chargers' 38-35 comeback win. 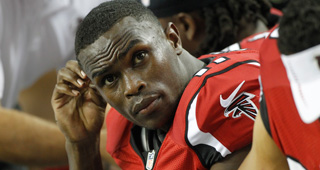 Julio Jones will play in Week 16 through his oblique injury.

DeAndre Hopkins will play in Week 16 despite an ankle injury.

Hopkins sat out practice all week. 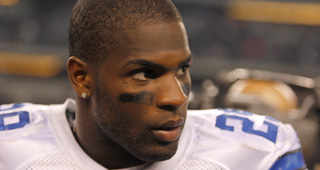 DeMarco Murray will play in Week 16 with a protective pad on his left hand, which was broken last Sunday.

The Dallas Cowboys are "a little nervous" about telegraphing their plays with Murray in the game and concerned with how much he can do in the passing game and blocking.

If Murray is ineffective early, expect the Cowboys to move to a heavier running back by committee approach. 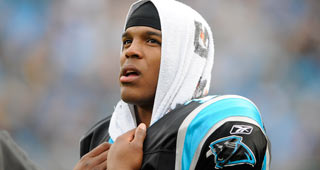 Cam Newton has been medically cleared to play in Week 16 just 11 days after suffering two small fractures in his back during a car accident.

Through 12 games, Newton has passed for 2,812 yards with 16 touchdowns and 11 interceptions. He has rushed for 425 yards and three touchdowns on 85 carries.

The Cowboys have increased optimism that DeMarco Murray will play in Week 16 despite a broken hand that was surgically repaired this week.

DeMarco Murray underwent surgery on his broken hand on Monday.

Philip Rivers has struggled in recent weeks, but he expects to play on Saturday.

Chris Conte just wants to be able to outlive his parents.

DeMarco Murray underwent surgery on his broken on Monday and can wear a cast that allows him to play.

Drew Stanton suffered a partial tear of his ACL, in addition to a sprained MCL in the same right knee.

Nick Foles Ruled Out For Week 16

Nick Foles cannot be subject to football contact until the bone has completely healed.

DeMarco Murray broke his hand late in the fourth quarter of Week 15.

Cam Newton To Play Week 16 If He Can Protect Himself

Cam Newton will play in Week 16 if Ron Rivera is confident he can protect himself.

Ryan Fitzpatrick Out For Season With Fractured In Leg

Ryan Fitzpatrick suffered the injury after a 2-yard rush on a 2nd-and-6 play early in the second quarter.

Montee Ball will finish the season with 172 yards and a touchdown on 55 carries.

Drew Stanton is out for the rest of the regular season with a knee injury.

Ryan Lindley took over for Drew Stanton at quarterback instead of Logan Thomas.

Derek Anderson will start for the Panthers with Cam Newton recovering from his car accident.

Cam Newton Has Two Fractures In Back Following Car Crash

Cam Newton suffered two transverse process fractures in his lower back during his Tuesday car accident.

Cam Newton has been injured in a two-car crash and taken to a Charlotte hospital.

Eric Berry is from the Atlanta area and has chosen Emory for his treatment.