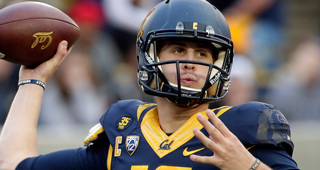 Jared Goff of Cal is currently the projected first overall pick of the 2016 NFL Draft and was the subject of a detailed film breakdown by Andy Benoit.

"Watching him carve the Cougars, the phrase “similarities to Andrew Luck” went in my notes multiple times," wrote Benoit. "Unaware of the rest of the college football landscape, I can’t say whether Goff deserves to be the first pick in next year’s draft. But I can say that having studied almost every snap of each NFL quarterback this season, Goff irrefutably projects to stardom."

Goff is accurate and can "make all the throws." 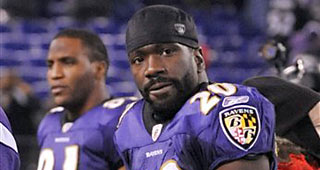 Ed Reed has interest in becoming head coach of the University of Miami.

Al Golden was fired on Sunday by the school.

Reed played at Miami before having one of the best careers in NFL history at safety.

"The NBA did it with Jason Kidd. I even thought about it. They can put my name in the mix for a coaching job or something like that. It seems like the partnership between players and coaches, the head coach's job is to manage everybody, manage the game, and help the offensive and defensive coordinators make the best decisions. And they help him do the same thing," Reed said. "I haven't received a call from a 305 (area code) number. I would definitely listen, would go and talk and want to know what they're looking to do. I would entertain it. I'm at a different place in my life right now, working out, training, coaching from afar, helping guys out, high school, college and pro alike. I definitely would entertain it." 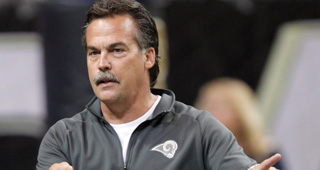 Jeff Fisher has no interest in leaving the St. Louis Rams to become head coach at USC.

Lee Corso of ESPN mentioned Fisher as the candidate who should be at the top of USC's list.

"I didn't see it because I was in a place with no TV, which is a good thing," Fisher said. "I've heard things, but no. I appreciate whatever anybody else is saying out there, but I made a commitment to Stan (Kroenke) here, and I'm going to keep that commitment."

Fisher's name comes up seemingly every time the USC job opens because he played for the Trojans from 1977 to 1980 and still holds his alma mater in high regard.

Before USC hired Steve Sarkisian in 2013, Fisher was brought up as the "favorite" for the job, but when asked, he called the rumors "absurd." 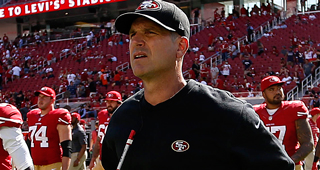 Jim Harbaugh was asked about the possibility of his name surfacing for NFL head coaching jobs.

Harbaugh has been linked to the Miami Dolphins and Indianapolis Colts.

Harbaugh is in his first season at Michigan and it is highly unlikely he would leave his alma mater after just one season. 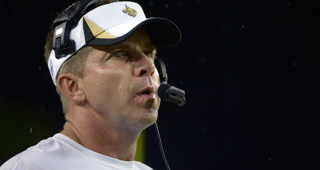 USC has interest in Sean Payton and Chip Kelly for their head coaching vacancy.

Payton is expected to consider other opportunities after the season. Payton's daughter attends Pepperdine University near USC in Malibu.

Ian Rapoport reported that Kelly would have some interest in USC, but added "a source close to him points out that Chip Kelly really likes to be liked and wanted, so that may be driving some of his interest." 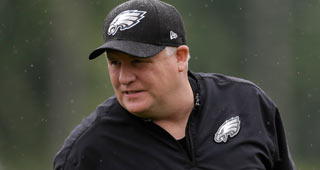 Chip Kelly has denied being contacted by USC or another university about a coaching opening.

Kelly has had mixed success in the NFL since leaving Oregon for the Philadelphia Eagles.

"I understand that it's going to happen. We're not successful and we're not winning. I came from college. We're going to go back to college," Kelly said of the perception of what his future will hold. "I hope someday to be like (Giants) coach (Tom) Coughlin and win enough games where I stay around long enough where that speculation ends. But I understand you have to ask the question. I answered it the same way a year ago. I answered it the same way my first year here. It's an unfortunate part of the game because the other part of it is there are people that have lost their jobs. A friend of mind, Steve Sarkisian, is dealing with a big issue right now and I wish him the best." 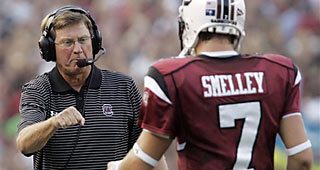 Spurrier is in his 11th season coaching South Carolina following his return from the NFL.

After South Carolina's decline in 2014, speculation swirled about Spurrier's future. He told The State, “Gimme two or three more [years],” a statement that hurt him in recruiting players who would be in college for up to five years. Spurrier later backtracked and called a press conference in July in which he said he'd stay at South Carolina for “five or six more years.”

Steve Sarkisian has been fired by USC as head coach.

On Sunday, Sarkisian was asked to take an indefinite leave of absence after more alcohol-related issues came to light.

"After careful consideration of what is in the best interest of the university and our student-athletes, I have made the decision to terminate Steve Sarkisian, effective immediately," USC athletic director Pat Haden said in a statement.

"I want to thank Clay Helton for stepping into the interim head coach role, and I want to add how proud I am of our coaching staff and players and the way they are responding to this difficult situation.

"Through all of this we remain concerned for Steve and hope that it will give him the opportunity to focus on his personal well being."

Nick Chubb will require surgery to repair a torn posterior cruciate ligament, as well as two other tears.

Chubb may need to wait two weeks before undergoing surgery to allow the swelling to subside.

Chubb is considered one of the best sophomore running backs in college football. 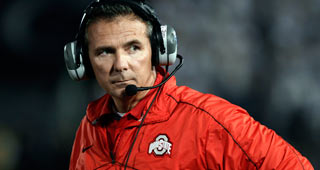 Ohio State has a depth of NFL-caliber talent on their roster as they attempt to defend their national championship.

“Depending on who comes out, they could have eight first-round draft picks," said one longtime NFL scout. "I honestly believe that could be the most talented college team I have ever scouted.”

Joey Bosa is expected to be the first Ohio State player selected.

Michael Thomas, Taylor Decker, Darron Lee and Ezekiel Elliott are currently in the first round of Jeff Risdon's latest mock draft on RealGM, while Vonn Bell and Adolphus Washington are just outside of it.

Iko Ekpre-Olomu is in the process of collecting a $3 million claim after suffering a season-ending knee injury in December.