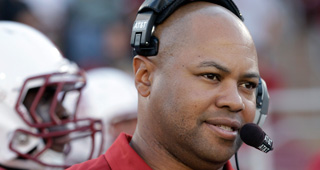 Christian McCaffrey will sit out the Hyundai Sun Bowl to focus on his NFL draft preparation, he announced Monday on Twitter.

"Very tough decision, but I have decided not to play in the Sun Bowl so I can begin my draft prep immediately," McCaffrey wrote on Twitter. "Thx to all my teammates for their 100% support -- It means a lot to me. Go Cardinal!"

McCaffrey announced Dec. 7 that he would forgo his senior season to enter the draft.

McCaffrey joins LSU running back Leonard Fournette as another high-profile name to sit out the bowl season. Fournette announced Friday that he would not play in the Buffalo Wild Wings Citrus Bowl on Dec. 31 against Louisville.

"We understand that this was a very difficult decision. For three years Christian has not only been a great player, but a great teammate as well," Stanford coach David Shaw said in a statement. "We wish him great success at the next level, as we continue our preparation for the Sun Bowl." 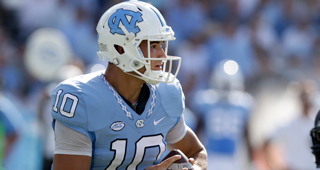 The New York Jets are believed to be very high on Mitch Trubisky of North Carolina, who could be the top quarterback selected in the 2017 NFL Draft.

"They got their eyes set on the North Carolina quarterback," one rival scout told the Daily News. "The Jets are all over this kid. All over him. They'll probably deny it if you ask, but they love that kid. That's their guy. They're not going to get him though, because I think that kid is going to get over-drafted."

The Jets believe their quarterback of the future isn't yet on their roster.

The Jets selected Christian Hackenberg with a second round pick in 2016 but he isn't close to being ready.

Bryce Petty kicked off his four-game audition with an uneven performance in a come-from-behind win in San Francisco a few days ago, but team decision makers aren’t sold that he's the right guy for the job in 2017. 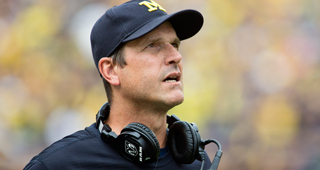 Jim Harbaugh told his Michigan team that rumors of his potential return to the NFL are nothing more than "lies made up by our enemies.

"The team got all riled up," senior defensive lineman Ryan Glasgow said Tuesday night at the team's annual banquet. "We don't want any enemies infiltrating the fortress. We knew. Based on how much Coach Harbaugh loves the program and loves Michigan, you know he's not leaving anytime soon, if ever."

Harbaugh has been linked to the NFL following the Los Angeles Rams' dismissal of Jeff Fisher.

"It's ridiculous," senior captain Jake Butt said Tuesday night. "If I'm not wrong, didn't he take less money to come here? I don't know if it's a recruiting pitch from other schools or whatever is going on. I can't even take it seriously."

Harbaugh makes an annual salary of $5 million at Michigan. He received an additional $4 million this season in the form of a no-interest loan for a life insurance policy. 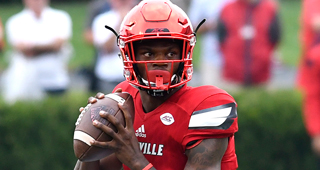 Before the ceremony began, Jackson was asked whether he ever dreamed about winning the Heisman.

"I thought about it a lot growing up, playing the NCAA video games," Jackson said. "I was like, 'Man, it would be great to go to college and win that award.' So just to be sitting here right now and having my name talked about, it's crazy."

Oregon has hired Willie Taggart of the University of South Florida as their next head coach.

Taggart replaces Mark Helfrich, who was fired by Oregon a week ago after going 4-8 overall and 2-7 in the Pac-12 this season.

Taggart also was an assistant at Stanford from 2007-09, and head coach at Western Kentucky from 2010-12. When Taggart was at Stanford, he helped recruit Andrew Luck.

"He knows the West Coast, having been at Stanford," Tony Dungy told ESPN last week. "He has all the elements Oregon is looking for. He's a bright, young coach, and it makes him easy to recommend.

"Oregon is a different situation [than USF]. You're not coming in taking something from the ground floor. You need a coach that can come in and get players going and coach well. It's a big challenge at Oregon, one that he would be successful at. You're not trying to become respectable, you're trying to win national championships -- it's a different kind of challenge."

With quarterbacks dominating the field of finalists, it seems likely a quarterback will win the award for the fifth time in the past six years.

Jackson has long been considered the favorite to win the award after opening September on a torrid touchdown pace, with 26 total touchdowns in the month and at least 400 yards of offense in each game.

The selection of Peppers came as somewhat of a surprise considering his position. Defensive players rarely get invitations to New York: Notre Dame linebacker Manti Te'o was the last in 2012. 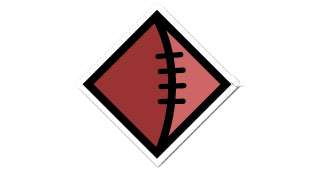 Alabama, Clemson, Ohio State and Washington have been selected as the four schools in the 2016 College Football Playoff.

Alabama will face No. 4 seed Washington in the Peach Bowl while Clemson will meet No. 3 seeded Ohio State.

The semifinal winners will meet for the national title on Jan. 9 in Tampa, Florida.

Penn State wound up fifth in the rankings ahead of Michigan at No. 6.

CFP committee chairman Kirby Hocutt said "it was a challenging conversation" that led Washington to get the final spot in the semifinals over Penn State.

The Huskies' only loss was to USC; their non-conference schedule featured Rutgers, Idaho and FCS squad Portland State. Penn State played Pitt, Temple and Kent State, and they lost to the Panthers. The Nittany Lions also were beaten by 39 at Michigan in their last loss. 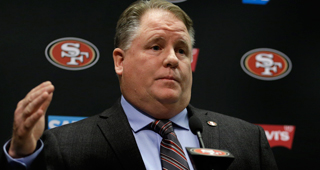 Mark Helfrich said he reached out to former Ducks coach Chip Kelly a couple of weeks ago, when Helfrich thought he could be fired.

Helfrich reached out to Kelly in the interest of saving his assistants' jobs.

"When you start thinking of your assistants and all the support staff and all those people, if he were to come back here, some of those people would be 'saved,'" Helfrich said.

Helfrich was fired by Oregon on Tuesday after four seasons with the Ducks.

Kelly reiterated Wednesday that he intends to remain the coach of the San Francisco 49ers.