Only Steelers Rank In Top-10 In Offense, Defense DVOA (Infographic) 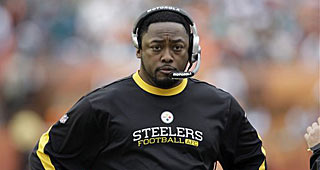 The NFL has very teams this season that excel in all facets of the game. Further evidence of this issue shows itself in the fact that there is only one team ranking in the top-10 in both Football Outsiders' Offensive and Defensive DVOA: the Pittsburgh Steelers. The Steelers are 9-5 after winning five straight games and must beat the Baltimore Ravens in Week 16 to ensure their place in the playoffs. Pittsburgh ranks third in total DVOA and first in Weighted DVOA.

Last season, the Seattle Seahawks, Carolina Panthers, Arizona Cardinals, Cincinnati Bengals and Kansas City Chiefs ranked in the top-10 on both sides of the ball. The Chiefs are the closest team to joining the Steelers in the top-10 in both Offensive and Defensive DVOA at 13th and 12th.

The Dallas Cowboys and New England Patriots rank first and second overall in DVOA as they rank second and third, respectively in Offensive DVOA but 20th and 19th in Defensive DVOA. The Atlanta Falcons rank first in Offensive DVOA, 27th in Defensive and fourth overall. The Green Bay Packers and Oakland Raiders have similar splits as the Cowboys and Patriots, while the Seahawks, Baltimore Ravens and New York Giants are the inverse of those teams with top-5 defenses and offenses below the NFL mean. 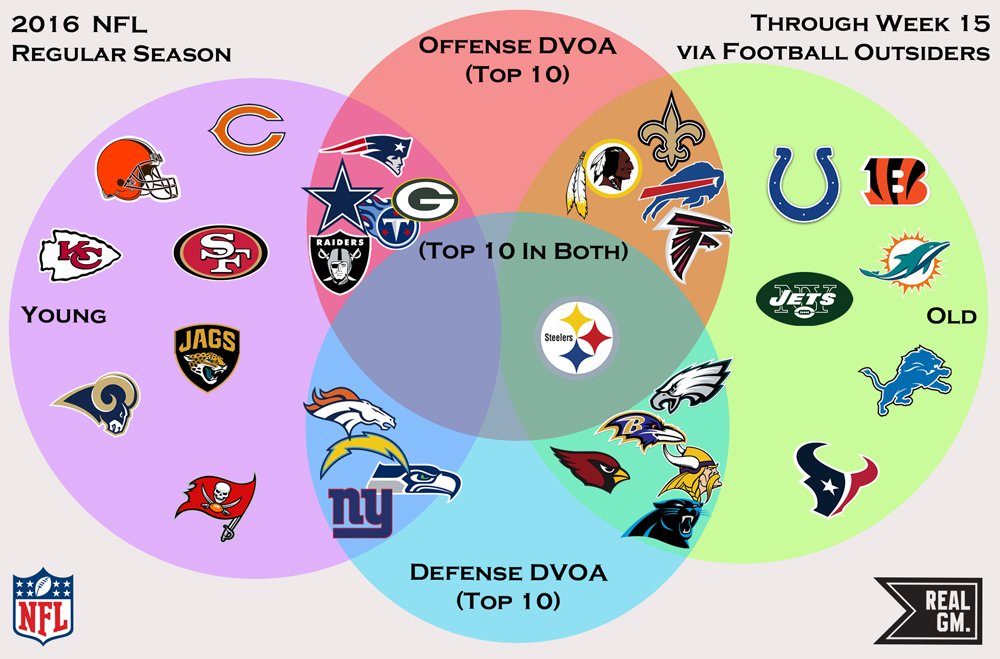