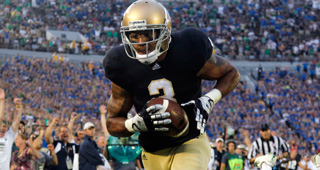 When Michael Floyd was arrested in his vehicle on Dec. 12, he had a blood-alcohol level of .217, which could land him in jail.

Floyd was arrested and charged in Scottsdale after he fell asleep in the driver's seat of his vehicle while stopped at a traffic signal. He has been charged with more serious offenses due to the results of his BAC test, which were revealed Wednesday.

He was released by the Arizona Cardinals after the arrest, but claimed on waivers by the New England Patriots.

Arizona state law carries harsh penalties, including jail time, for having a blood alcohol level over .15 and even tougher penalties for a BAC over .20.