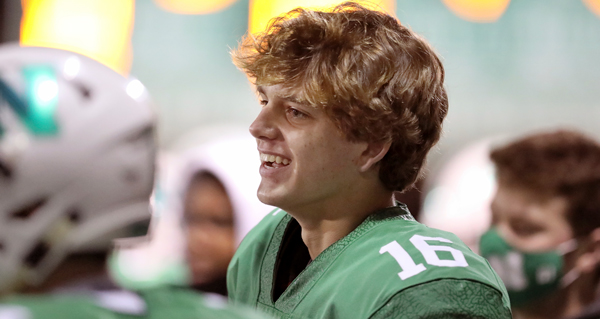 Arch Manning, the No. 1 recruit in the 2023 class, has committed to the University of Texas. Manning chose Texas over Georgia, Alabama, LSU, Clemson and Virginia.

Manning is a nephew of Eli and Peyton Manning, a grandson of Archie Manning and son of former Ole Miss wide receiver Cooper Manning.

The commitment represents Texas' first No. 1 overall recruit in the ESPN 300 era (since 2006) and its first quarterback ranked in the top 20 since Garrett Gilbert in 2009.