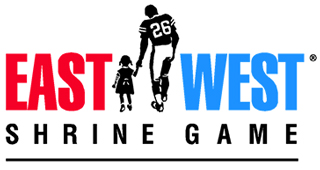 The third day of Shrine Game practices saw fewer NFL execs in the St. Pete sun, but the action on the practice fields remained worth watching. In fact, this was probably the best day of practice here in a couple of years.

Much of my focus was on the running backs, linebackers, tight ends and quarterbacks.

Heading into Wednesday's practice, I had Penn’s Alek Torgersen as the best QB on the East. He had been the most consistent thrower and most poised in the pocket. Today changed that, as both Nick Mullens and Cooper Rush were better.

Mullens, from Southern Miss, is undersized and likes to move around even if he doesn’t have to, but he can put some mustard on his throws. He has the most consistent velocity and throws an impressive deep ball. Mullens throws better on the run and is oddly good moving to his left.

Rush has improved each day. The Central Michigan passer is a rhythm thrower, and increased familiarity with his receivers has greatly helped his rhythm. He has shown a great ability to mix up his cadence and snap count to get free plays off antsy defenders.

Torgersen reminds me some of Taylor Heinicke from Old Dominion, who was here a couple years ago. He’s pretty good at a lot of things but doesn’t necessarily have any one NFL trait or skills to hang his hat on.

Here is some of the East team action…

Jackson State linebacker Javancy Jones has emerged as the spirit animal of the East. He’s very energetic, enthusiastic and effusive in celebrating the wins of his teammates. He looked better in cover and rush drills today than earlier in the week. I get a Stephen Tulloch vibe from his game, but I don’t think he’s that fast or as rangy as the early Tulloch.

Notre Dame LB James Onwualu has been hit and miss. He really struggled in coverage, as both Michigan’s Deveon Smith and Middle Tennessee’s I’Tavius Mathers easily shook him.

Smith has really reinvented himself nicely here. Michigan used him as something of a power back, but he sorely lacked vision and tried to break too many runs outside. Here he’s been more of a perimeter back, and he’s looked very good in the passing game.

I liked what I saw from Marcus Cox of Appalachian State out of the backfield as well. He is the sturdiest of the runners on the East.

The East tight ends continue to impress. Antony Auclair from Laval is more than holding his own as a blocker. The Canadian collegian has good body control and decent feet in space for a bigger TE. Eric Saubert from Drake has no trouble getting open against all comers, even Michigan safety Dymonte Thomas, who otherwise had a really positive Wednesday. Pitt’s Scott Orndoff had his best reps of the week. It was also the best day for LSU’s Colin Jeter, who plucked the ball nicely and showed some giddyup in the seam.

Washington State WR Gabe Marks is one of the main stars here. He finally got his own helmet after wearing an Arizona lid all week, and he responded with more big plays. Marks is very polished in his routes, showing he’s both quick and fast. He sets up his breaks pretty well and goes and gets the ball in the air as if he’s much bigger than his 5’10”, 185 build.

Samford WR Karel Hamilton has good size at a little over 6’ and 199 pounds, and put them to good use on Wednesday. He made a spectacular catch in the corner of the end zone, sticking both toes on the very edge of the sideline and fully extending out to catch a rocket throw from Gunner Kiel. It brought oohs and aahs from the gathered crowd and big congrats from his teammates and Kiel as well.

It wasn’t Hamilton’s only strong moment. In an earlier drill, he worked his comeback routes with far less downshifting into the break than the other wideouts (save Marks). He’s one of the twitchier off the line on either squad here, too.

USC TE Taylor McNamara had his best day, showing speed in the seam. He caught a perfectly thrown route down the field at full gallop, running away from Oregon State CB Treston Decoud. McNamara hasn’t stood out otherwise, though he did execute a red zone receiving drill well today.

I did spend some time watching the lines, and North Dakota State OG Zack Johnson stood out. He’s massive at 6’4” and 346 but he does have some ability to get out in space. The defenders have figured out they’re not going thru him in pass protection. He’s also got good positional awareness…

Zack Johnson just saved his QB from meeting Jesus. He came off his man and got a block on Darius English as he was closing on the QB.

Deatrich Wise from Arkansas is separating himself from the pack as the West’s best defensive front player. He showed some polish and variety in his pass rush moves, and he blew up the edge and stuffed Utah RB Joe Williams behind the line. When compared to mates like Avery Moss from Youngstown State (who looked better inside) and lanky South Carolina edge Darius English, Wise looks so much more advanced.

The West QBs are an adventure. Kiel, late of Cincinnati, has a booming voice and the strongest arm of any Shrine Game QB I’ve seen, and this is my sixth year here. There are flashes of real brilliance, but he also has some wild misses and ponderous decisions.

Zach Terrell continues to reaffirm everything I saw in watching him in person at Western Michigan. He’s accurate over the middle, can drop a dime over the top on a post, and feels the rush better than any other QB here. But he struggles driving the ball to the sidelines and doesn’t alter his throwing platform well when pushed off his spot.

Illinois’ Wes Lunt sort of splits the middle between Terrell and Kiel. His arm strength is impressive all over the field, and his accuracy is more consistent than Kiel’s erratic cannon. But he seems more reluctant to grip it and rip it, and he’s not as agile as either teammate. Lunt has a bad habit of dragging his toes in the turf instead of stepping up high, enough that one AFC North scout calls him “Lawnmower Lunt”.