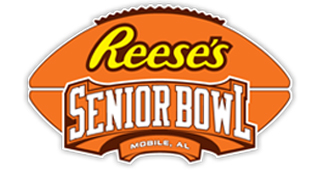 I’m in Mobile, Alabama for the annual Reese’s Senior Bowl. This is my 10th year covering the Senior Bowl for RealGM, and I’ve learned a great deal over the years in what to look for and how to evaluate the practices.

Here are the 10 things I’m focusing on during the week, which kicks off Tuesday morning with the weigh-ins and run through Thursday evening practices. The Senior Bowl game is on Saturday at 2:30 ET on NFL Network.

Who wins the weigh-ins?

I love the weigh-ins for the ridiculous spectacle they are. Picture every NFL coach, scout and media member crowded into a giant conference ballroom and watching 110 players strut onto the stage in just their tight underwear to get weighed and measured. It’s incredibly quiet, awkward and definitely as surreal as it sound.

Reveling in this absurdity is my favorite part of the week. I break the tension by observing without scouting eyes, so to speak. I take note of Dad Bod, who has back hair, who has the worst tattoos, who skips leg day, stuff like that.

On the serious side, things like arm length for linemen and hand size for receivers and quarterbacks actually matters quite a bit to NFL scouts. A lot of players, notably from Louisville and USC, tend to lose at least an inch of height and 5-10 pounds from their “official” listing, too. The weigh-in can raise or lower a prospect’s stock without ever seeing them on the field.

This is the best positional group in Mobile for my money. South Alabama’s Gerald Everett, Evan Engram from Ole Miss and Alabama’s O.J. Howard are all top 50 talents on my ever-revising big board. Both Everett and Howard appear in many mock draft first rounds right now. Good weeks here in front of friendly crowds can only help. Alabama players always bring in the fans, and Everett is playing on his home field at Ladd-Peebles Stadium.

Being able to compete against the big boys is a cherished opportunity for the FCS and D-II players in all-star games like the Senior Bowl. There is a deep crop here this year, and several of them are pass rushers.

Youngstown State’s Derek Rivers and Villanova prospect Tanoh Kpassagnon (tan-O Pah-sah-know) are both guys who lit up the FCS level. I’ve seen enough of both to have a pretty good idea of their games and how they will perform. I’ve only seen Keionta Davis from Chattanooga once, and I have not seen the D-II linebackers on the South, Jordan Herdman from Simpn Fraser or Connor Harris from Lindenwood. While they’re listed as more off-ball LBs, it’s a big feather in their caps if they can thrive in pass rush drills.

Who is the best QB here?

With Deshaun Watson declining his invitation, the QB list certainly lacks luster. You’ll be hard-pressed to find any 3-round mock draft that has any of the passers here currently slotted.

Nathan Peterman from Pittsburgh and Davis Webb of California appear to be the two which offer the most, though each has real warts. I saw Colorado’s Sefo Liufau rip apart Michigan’s great defense for a half, but he got hurt in that game and also the PAC-12 Championship. Iowa’s C.J. Beathard was one of the least-effective passers in the nation last fall, so this is a chance for redemption.

Then there are the wild cards. Josh Dobbs from Tennessee showed electrifying potential at times with his blend of intelligence and aggression, but he also often looked overmatched in the SEC. If he clicks with coaching, he could blossom. Antonio Pipkin from D-II Tiffin gets a chance to show off. He’s an impressive athlete with a big arm, but the two games I’ve seen show a real project. If Pipkin impresses, expect him to move way up draft rankings…mine included.

The Hilltoppers have two players here. Offensive lineman Forrest Lamp is the best tackle prospect you’ve likely not heard of or watched much, but he might wind up being the top overall tackle on my board. The thing is, he’s an even better guard prospect as he lacks length outside. In their game against Alabama, Lamp proved he was far and away the best opposing OL the Tide have faced in the last two years.

Wide receiver Taywan Taylor brings s silky smooth game and big play panache. He caught 18 passes for almost 250 yards in games against SEC foes Alabama and Vanderbilt, and proved he can make acrobatic catches deep down the field. I have a feeling his star will be one of the brightest risers in Mobile.

Every year some unexpected players shine. Last year it was Braxton Miller and Sterling Shepard at wide receiver, Cody Whitehair at guard and center, Noah Spence at pass rusher.

Of course it’s hard to forecast who will pleasantly surprise this year (it’s literally unpredictable, after all) but I have a few leading suspects:

Watching the coaching staffs up close

John Fox and the Chicago Bears staff helm the North, while Hue Jackson and the Cleveland Browns will coach the South. This is a great chance for us in the media to watch them in action, to listen in on their instruction and how they deal with different players in different situations.

For Jackson and the South, it’s a great opportunity to see how a hastily cobbled staff comes together. Cleveland hired five new coaches last week, including Defensive Coordinator Gregg Williams.

Phil Savage ripping those who declined

It’s a rite of passage which kicks off the weigh-in every year. Senior Bowl President Phil Savage, formerly a personnel exec with the Browns and Ravens and a widely respected industry insider, takes to the podium and lists off the players who are not here.

Those who are injured get a pass, but those who declined a chance to compete draw his ire. You can hear it in his voice when he lambastes those players who declined invitations. Trust me, the NFL GMs and higher-ups hear his message loud and clear. This year, two of the players who skipped out are from Alabama, which is the primary game draw and also close to Savage’s heart as he does the color for their radio broadcasts. It will be interesting to see how he addresses Johnathan Allen and Tim Williams.

I’m a proud MAC grad and admitted #MACtion addict. There are four players here from the Mid-American Conference, and all have a real chance to show off.

Of course I’m partial to Ohio DE Tarell Basham. As a fellow Bobcat, I’ve watched Basham grow his all-around game. He’ll get some looks at OLB here too, and he’s got the athleticism to make it work. Toledo TE Michael Roberts earned a call-up from the Shrine Game, while Rockets teammate Kareem Hunt is one of the most underrated running backs in the draft. Western Michigan tackle Taylor Moton will kick back inside to guard, where he thrived early in his Broncos career.

Part of the reason so many fans and online media come to Mobile is the intimacy of the nightlife. There aren’t many places to go during the week, and most are concentrated in a small area downtown. Places like Veet’s and Heroes are packed nightly with NFL cognoscenti…and they’re not always at their finest.

Last year I watched a current NFL head coach leave a bar at 3 AM with two women, neither of whom is his wife. Another year Jerry Jones threw his credit card onto the bar and bought a round for everyone. The almost complete absence of females during the workweek tends to produce some interesting late-night observations.