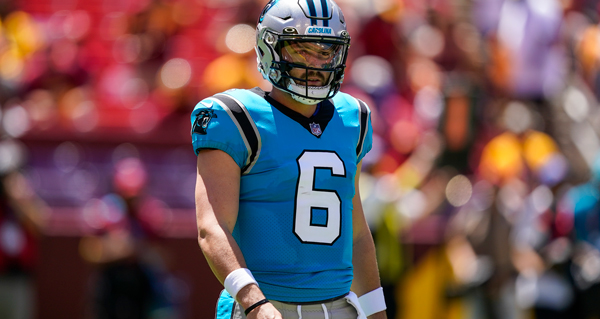 Baker Mayfield says the boos and criticism he's received while leading the NFL's worst-ranked offense during a 1-3 start is "completely fair."

"I pride myself on being a guy that elevates the guys around him and being able to lead at an extremely high level," said Mayfield, who is in his first season with the Carolina Panthers. "And obviously, that has not happened yet.

"So I'm working really hard on that. And it starts with me just doing my job the very best I can and going from there. Yeah, I take a lot of blame for that and I consistently will."

Mayfield's 15.3 Total QBR is the second worst by a quarterback in his first four games of a season since ESPN began tracking the statistic in 2006.