Aaron Donald: The Only Thing I'm Lacking Is A Championship 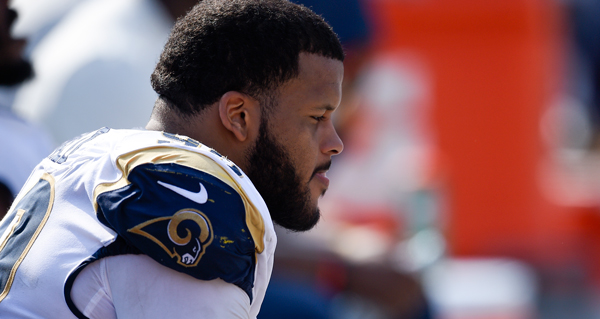 Aaron Donald has accumulated a host of individual awards as one of football's best defensive players, but there's one thing he's yet to do in his decorated NFL career.

"I feel like I accomplished a lot in a short amount of time in this league," the Los Angeles Rams defensive tackle said. "The only thing I'm lacking now is being a world champion. To get to that point, we've got to win this week. So, we're focused on the 49ers and trying to find a way to beat them, to get to where we're trying to get to."