Deshaun Watson Open To Trade Beyond Dolphins As Panthers Emerge 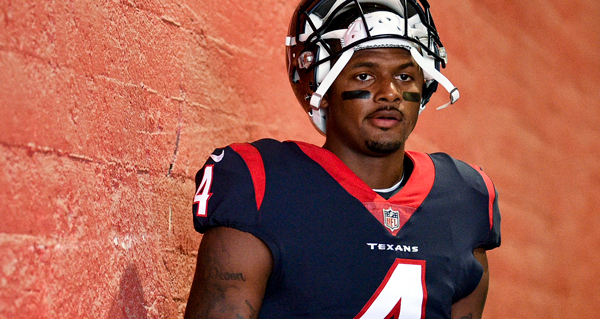 Deshaun Watson is willing to consider waiving his no-trade clause for multiple teams as the trade deadline approaches.

The Miami Dolphins have been the team most strongly linked to Watson for months, but the Carolina Panthers have now emerged as another candidate. The Panthers traded second-, fourth- and sixth-round draft picks to the New York Jets this past April for Sam Darnold, who has struggled badly in recent weeks.

The Dolphins don't want to bid against themselves for Watson. Tua Tagovailoa almost certainly would be traded as part of Miami's package to the Houston Texans.

Watson initially requested a trade from the Texans this past January, but his NFL future is uncertain as he faces nearly two dozen 22 civil lawsuits alleging sexual assault and inappropriate behavior.