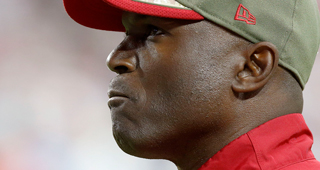 The Tampa Bay Buccaneers have agreed to sign Todd Bowles to a three-year contract extension that continues to make him the NFL's highest-paid defensive coordinator.

Bowles did have one year left on his deal, but this contract replaces that, and doesn’t preclude him from taking another head coaching job.

Bowles was previously head coach of the New York Jets.