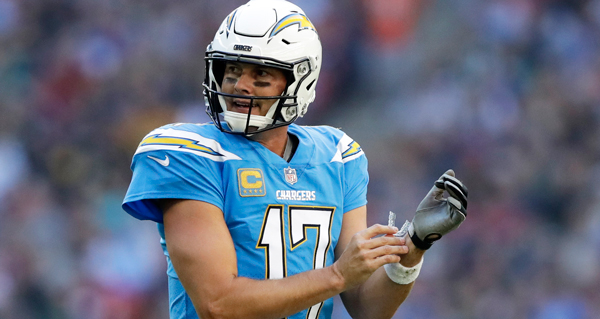 Philip Rivers hasn't ruled out the possibility of returning to the NFL.

Rivers announced his retirement in January after one season with the Indianapolis Colts.

Rivers is staying in shape in case a situation presents itself for a late-season stint in the NFL.

"I'm not quite there," Rivers, 39, told the Times. "I'm getting back there. I wouldn't have made weight if I had to report last week, that's for sure. But I am getting back into the lifting and running, and shoot, I occasionally throw a ball around out here in this heat. It's not too hard to get a good lather going.

"I'm just going to stay ready. I want to make sure I'm very clear: I'm not predicting I will play in December or January, for that matter. One, you've got to have somebody who wants you, and two, it's got to be right.

"But I have not completely ruled that out."