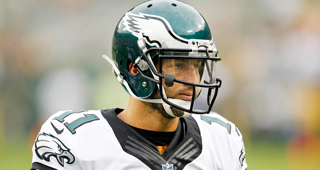 The Jacksonville Jaguars plan on signing Tim Tebow to a one-year deal.

The deal will likely become official in the next week or so.

Tebow hasn't played in the NFL since 2012 with the New York Jets. Tebow participated in training camp and preseason with the New England Patriots in 2013 and with the Philadelphia Eagles in 2015.