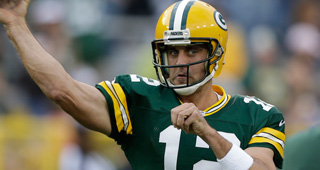 “I had no [trade] discussions with any team," said Brian Gutekunst. "I received one call from a team Thursday night, after all the news came out. I said no. That was the end of the conversation.”

Gutekunst was also asked to respond to the reported bad feelings that exists towards him from Rodgers.

Gutekunst said “you never want to see those things or read those things. He’s never said that to me and he never said that publicly . . . At the same time, I’m a lifelong scout, and we work all year for these three days. We couldn’t let this distract us from the task at hand.”