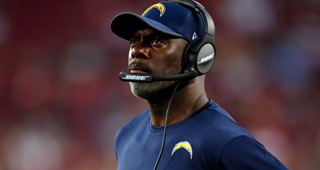 The NFL has had approximately 34 percent of on-field coaching positions filled by coaches of color since 2013, but only nine of 55 head coaches hired over that span (16 percent) went to coaches fitting that table.

The cumulative hiring rate for head coaches of color has remained about 15 percent since the Rooney Rule was implemented in 2003.

In terms of representation currently, the Dallas Cowboys, Los Angeles Chargers and Tampa Bay Buccaneers lead the way with 52 percent of their coaching staff consisting of coaches of color. The Denver Broncos rank last at 15 percent.