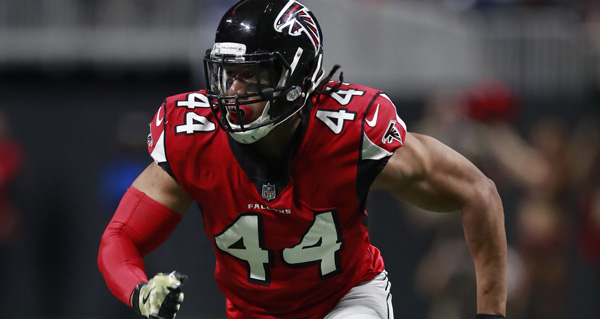 The Atlanta Falcons say "the plan right now" is on keeping Vic Beasley Jr. for the 2019 season.

Beasley recorded just 10 sacks over the past two seasons.

"I think it's going to take really good preparation and really consistent play," Quinn said of Beasley becoming an impact player again. "So how do we get him to that? A lot of things are going to come into that. But if I didn't think that he could do it, I wouldn't [commit]. So that's our belief as an organization, to say, 'Hey, man, we believe you can get the job done.'"

Beasley has one year left on his contract after the Falcons exercised his fifth-year option.