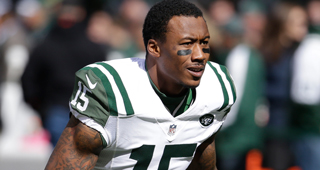 The Seattle Seahawks have signed Brandon Marshall to a one-year deal with a maximum value of $2 million if he hits all of his incentives.

Marshall was released by the Giants last month after just one season in New York.

Marshall suffered a season-ending injury to his ankle in Week 5.