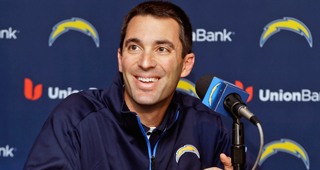 The Los Angeles Chargers have acquired Cardale Jones from the Buffalo Bills for a conditional draft pick in the seventh round.

Behind Rivers, Kellen Clemens has served as the Chargers' backup at QB the past two seasons.

Jones appeared to be fourth on the Bills' depth chart entering camp.