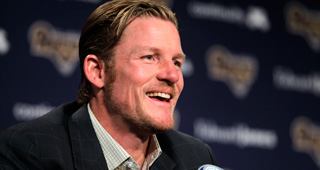 Trumaine Johnson will not reach agreement with the Los Angeles Rams on a long-term contract by the July 17 deadline.

Johnson will play under the franchise tender for the second straight season.

Johnson signed his franchise tender with the Rams on March 6, guaranteeing himself a 2017 salary of $16.742 million that will make him the NFL's highest-paid cornerback.