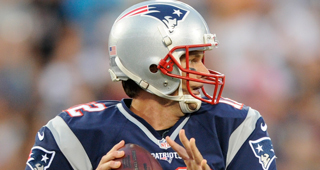 Tom Brady, on a promotional tour in China, said that he'd love to play an NFL game in the country.

The New England Patriots were scheduled to face the Seattle Seahawks in a 2007 preseason game in China, but the game was ultimately canceled.

"My dream is to play a game here in China someday," Brady said. "We had an opportunity, I think, 10 years ago, and my team was going to play here, and unfortunately it didn't work out. But one day I hope that there are many games here, and over the course of a year, because it's such a great sport and because I love it so much, to bring that here and to bring the discipline and incredible strategy involved."

The NFL is reportedly looking to play a regular-season game in China next year.