Supreme Court Rules In Favor Of Washington In Name Battle 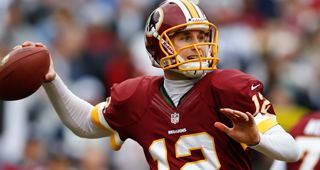 The Supreme Court struck down part of a law that bans offensive trademarks in a ruling that is expected to help Washington in their legal fight over the team name.

The ruling is a victory for an Asian-American rock band with a controversial name, but the case was closely watched for the impact it would have on a separate dispute involving the football team.

Dan Snyder said he was "thrilled" with the Supreme Court's ruling, and team attorney Lisa Blatt said the court's decision effectively resolves the team's longstanding dispute with the government.

"The Supreme Court vindicated the Team's position that the First Amendment blocks the government from denying or cancelling a trademark registration based on the government's opinion," Blatt said in a statement.