Broncos Believe Trevor Siemian Will Be QB Beyond 2016 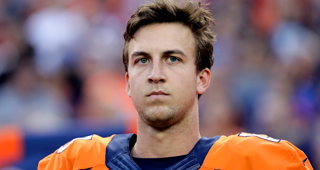 The Denver Broncos have scored just one offensive touchdown in the last 10 quarters, but they have great faith in Trevor Siemian as their starting quarterback.

The rift between Denver's offense and defense doesn't extend to Siemian. It has been reported that the defense has developed a high level of confidence in Siemian due to the toughness and leadership he has displayed behind a struggling offensive line.

The coaching staff and front office are confident in Siemian as well.