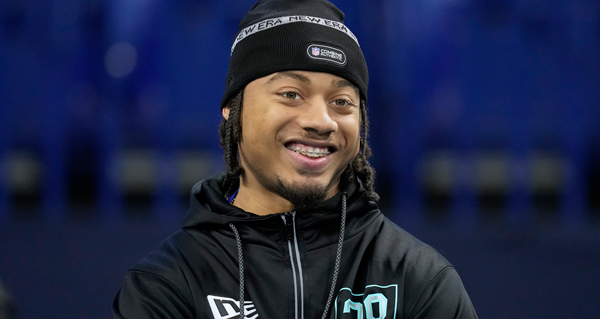 This is the time of year when draft analysts are crashing through the end stages of the evaluation process and finalizing rankings. I’m there myself. I’ve got notes and a base ranking for 244 prospects for the 2022 NFL draft, and I have a few more in the queue to wrap up.

Some of the players have posed a real struggle as an evaluator, however. Even after watching several games of each player and intently studying them, I just don’t have a great feel for them. Here are six of the prospects that have given me the most trouble as an evaluator in 2022.

Derek Stingley Jr, CB, LSU--One of my favorite movies in the 1980s was the Eddie Murphy concert film “Raw”. In that movie, Murphy hilariously uses the phrase “what have you done for me lately,” which highlights the blindness of recency bias.

“What have you done for me lately” is an apt question about Stingley and his game. In 2019 as a true freshman, Stingley was the best player on a loaded LSU defense that won the national championship. He looked like a potential No. 1 overall pick as a corner, Stigley was that dominant. Long, strong, explosive, smart, he had the complete package and thrived on the biggest stage.

But it’s now 2022. Since that captivating freshman year, Stingley has played in just 10 games due to injuries and the pandemic wiping out games. In those 10 games, he’s not been the same player either. Whether because of the injuries, most notably a Lisfranc issue that limited him to just three (wildly underwhelming) games in 2021, or circumstance, he’s not been close to the same talent. The diminished burst, the imprecision of movement and the relative apathy he showed while playing on lesser Tigers teams is very difficult to ignore. His game tape since that freshman year screams more “Day 2 risk” than “Consensus top 10.”

At his pro day, Stingley sure looked healthy and athletically dynamic once again. How much can we trust that it was the injuries that negatively impacted his performance in the last two years? And if that’s the case--and I’m hopeful it is--then can we trust in a guy who just spent two years being negatively impacted by injuries to stay healthy while playing in the more physical, more physically demanding NFL?

There isn’t an easy answer there. His early tape is spectacular. His most recent tape, notably the UCLA and Central Michigan games from 2021, is disappointing.

What has Stingley done lately? The pro day just might trump the tape, but it also can’t make the last two years simply go away. I’m still struggling to weigh those contrasting forces and figure out where I stand. But he’s a first-round talent for sure in a very good cornerback class.

DeMarvin Leal, DL, Texas A&M--Leal is a tough projection in part because he doesn’t readily project to any one position easily. Leal is a “tweener” in both size and mentality. He’s 6-foot-4, 283 pounds with good power in his hands and shoulders, something he used pretty well for the Aggies when playing the DE spot in their 3-man fronts. Leal proved he could win outside against some tackles, and he’s got a nice spin move that can go inside or outside with pretty nimble feet to set it up.

However, he’s not an electrifying athlete enough that it’s easy to see him playing as a primary pass rusher as an EDGE. The length and the burst off the snap just aren’t there to win consistently. Even as a 5-tech (a 3-4 front DE), Leal doesn’t really fit because he doesn’t play to his bulk. Leal has a strong base and can anchor at the 5T but he prefers to try and slip around the block in the run game. In watching Leal, his game seems counterintuitive; he tries to win with power outside and speed inside. And to his credit, it did produce some results (8.5 sacks, 12.5 TFLs).

If he were 6-foot-6 and had 34.5-inch arms, he’d be an impressive heavy EDGE prospect. If he were 295 pounds and played with more power, he’d be an impressive interior pass-rush prospect, a great prospect for a 4-man front. Leal is neither, however, and his playing style splits the difference between the two. If he would commit to being one certain type of player, I think Leal could be a very good NFL starter. But we just haven’t seen that on film.

Leal will wind up somewhere in the 35-45 overall range for me (currently 38th before I finalize), and I do see the potential for success above that level, I really do. But it’s going to take a team with a defined plan for Leal and for him to embrace that plan for the success to materialize.

Ojabo tore his Achilles while working out at Michigan’s pro day. Even with the miracles of modern medicine, it’s extremely likely the pass-rushing specialist will miss his entire rookie season. For a prospect who is overly reliant on being a better athlete than the guy he’s facing, it’s even more problematic.

His Michigan tape from 2021 is often outstanding. Ojabo showed a great first step, great second step to follow it and above-average closing burst from winning around the edge. What it also shows is a very technically raw player who sorely needs reps and experience to improve his hand usage, his countermoves and his ability to win in other ways than just being a dynamic athlete. Ojabo loses a full year of that development time, unfortunately.

At such a critical juncture in his career developmental arc, it makes Ojabo a tough sell in the first two rounds. I was already generally lower than the consensus on Ojabo, who I thought also greatly benefitted from aligning across the formation from potential No. 1 pick Aidan Hutchinson. As of now, he’s down in the 70-80 overall range with the injury weighing him down. In a class with so much depth at his position, even that might wind up being too high for me.

Bernhard Raimann, OT, Central Michigan--What a great story Raimann offers. Austrian exchange student who just keeps growing, moving from tight end to bedrock left tackle prospect in a pro-friendly offense for the Chippewas. He’s charismatic, he’s powerful, he’s pretty good from a technical standpoint given he’s only been playing the position for a brief time. There’s a lot to like with Raimann.

So why don’t I see the possible first-rounder in that bright of a light? I’ve seen Raimann play in person, and I’ve seen him up close and personal during Senior Bowl week. In both cases I was generally underwhelmed. People talk him up as this lockdown pass protector, but he’s got some very real vulnerabilities in his process (stiff knees, weak outside hand, inconsistent feet) that better rushers than he faced while playing Ohio or Ball State are going to expose. Factor in that he’ll be 25 in September, and I’m less bullish on the developmental arc.

Yet I still think he’s good enough to draft in the second round and can at least hold his own in the league right away in a class where my evaluation of the offensive tackle position is that it drops off dramatically right after him (and Braxton Jones of Southern Utah). It’s a bit of a challenge to my own evaluation methodology, one that I’m still anxious to see how it plays out. The scars of Danny Watkins run deep, too.

Calvin Austin, WR, Memphis--The issue with Austin is more about how the NFL will use him than it is about what Austin offers as a receiver. He’s tiny; 5-foot-8 and 170 pounds and he looks even smaller than that when standing with other players.

Here’s the thing about Austin: he knows how to use his size, or lack thereof, to his advantage. It helps that he’s always faster than the guy trying to guard him. And he’s a great leaper who times his attack of the ball in the air expertly and innately. This isn’t a small guy who thinks he’s bigger. He’s a nightmare for man coverage with his instant acceleration, body control at full speed and his fantastic top gear. He’s got polished receiving skills too. During Senior Bowl week, Austin was a unanimous choice amongst the corners as the toughest guy to cover.

My concern with Austin is that the NFL will see a guy his size and speed and it will limit their usage. He won’t be more than a niche player, or someone a team tries to force into playing the slot because of his size and he doesn’t look like an outside receiver even though he’s not twitchy quick or blessed with sharp route footwork. The NFL’s track record with unusual talents like him isn’t great, unfortunately.

Betting on Austin is somewhat betting against the NFL from being too conservative and afraid to try different things. I can see a few creative offensive minds where Austin could thrive, and in those spots I would have no problem with those teams using a pick in the 40-60 overall range on him. But on a team that tries to force him to be what he’s not, he’s not even worth a top-100 slot. Color me skeptical but optimistic on Austin’s NFL fate, through little fault of his own.

D’Marco Jackson, LB, Appalachian State--Every year there are a handful of players where I find myself wondering why the rest of the draft media isn’t nearly as high on a player as I am. Jackson headlines that group this year.

The D’Marco Jackson I watched compares well with the likes of Nakobe Dean, Troy Andersen and Leo Chenal--all guys who are going to be drafted rounds ahead of him. He’s a fantastic tackler once he makes contact, excellent at pursuit angles and anticipating blocks and cuts. The power, the closing speed, the understanding of where his teammates are and how they’ll handle a situation is all top-shelf stuff for an inside/off-ball LB. Jackson isn’t instantly quick but he’s capable of making plays on the sideline from a starting point in the middle. His coverage awareness is fine, though he’s probably a guy who will need to be replaced in obvious passing situations or empty sets.

I worry that my relatively limited exposure to Jackson is making me too high on him. I binge-watched four games in one morning: Miami, Coastal Carolina and the two games against Louisiana. One huge selling point was the contrast between the first matchup against the Ragin Cajuns and the second one. The first matchup was handily his weakest tape. He got hung up on blocks, missed a couple of tackle attempts and just wasn’t an impact player. But the second meeting, whew! The Mountaineers used him differently, asking him to attack downhill and more assertively go after the quarterback, and he absolutely wrecked the Louisiana offense. That Jackson walks right into 25 NFL defenses right now and starts Day 1.

But it seems nobody else sees him that way. Well, not quite nobody. My longtime friend Emory Hunt, Mr. Football GamePlan of CBS Sports, has Jackson as his No. 2 ILB prospect. I share that lofty opinion on Jackson, a top-50 talent on my board (he’s currently slotted at 47) who is probably going to be selected somewhere in the 150-200 overall range. I’m trusting what I saw and hoping that I didn’t miss some very bad performances in other games I haven’t seen.