The 2022 Conference Championship Games feature three of the four teams from the 2021 season in the Kansas City Chiefs, Cincinnati Bengals and San Francisco 49ers.

Three of the four teams reached this stage of the playoffs most recently in 2012 when the New England Patriots and Baltimore Ravens had a rematch of the previous year's game, while the 49ers were a repeat finalist in the NFC.

The NFC hasn't had a repeat of the Conference Championship since the early 1990s when the 49ers played the Dallas Cowboys in three consecutive years.

The Chiefs are hosting the AFC Championship Game for the fifth straight year, which comes off the Patriots reaching the NFL's final four in eight straight seasons dating back to 2011.

Nineteen of the NFL's 32 teams have reached the NFL's final four over the past 10 years despite the sustained runs in the AFC over that timeframe by the Chiefs and Patriots. 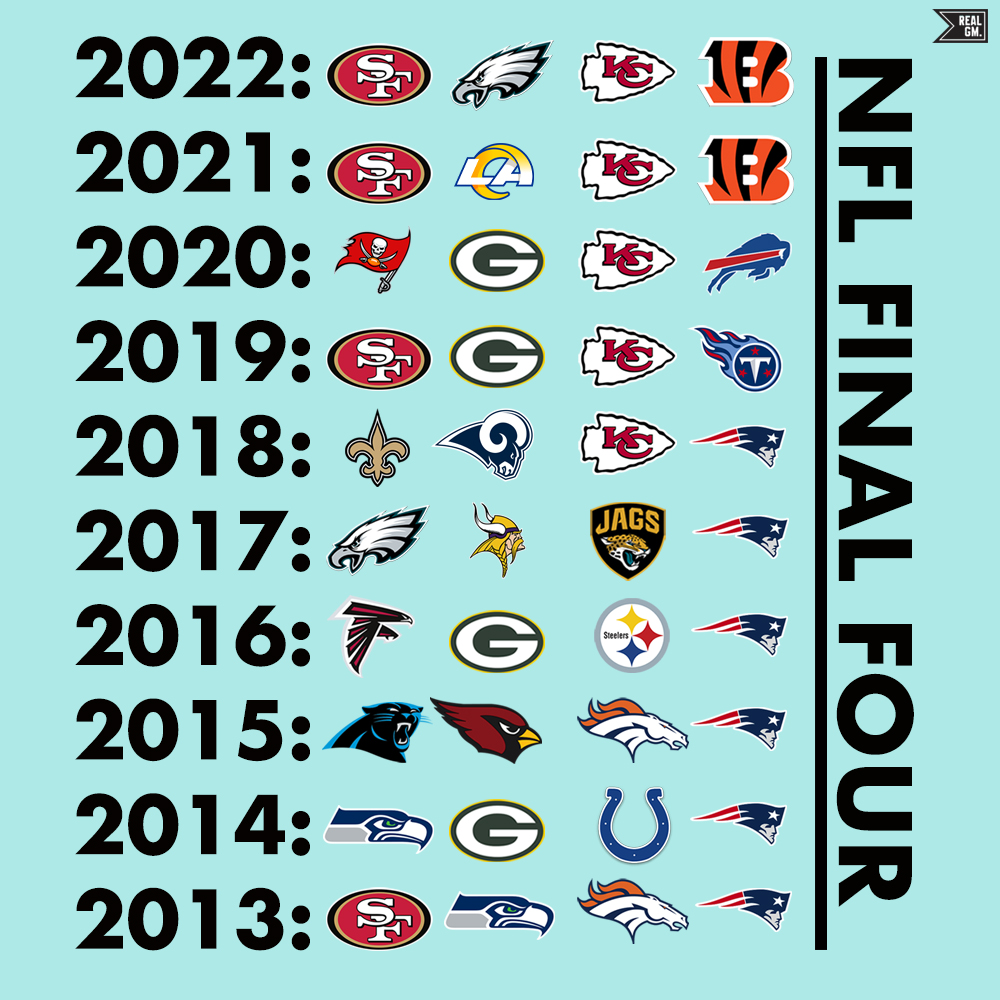