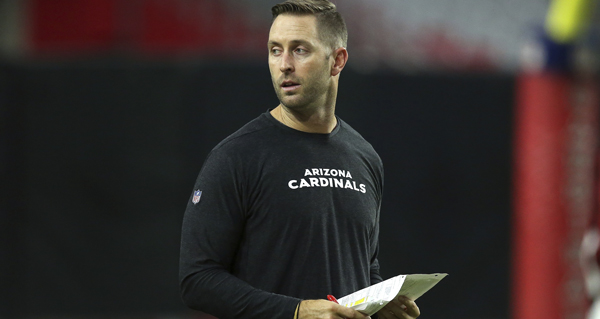 Kliff Kingsbury and Kyler Murray both downplayed a heated exchange that cameras caught in the second quarter of the Arizona Cardinals' victory over the New Orleans Saints on Thursday night.

Cameras showed Murray walking to the sideline, repeatedly mouthing "Calm the f--- down" to Kingsbury with 2:32 left in the second quarter after he called a timeout to reset its next play.

"The clock was running down and we couldn't have got off the play that we were trying to run," Murray said. "So, it was, I guess it's my fault. I'll take it."

Kingsbury called it a difference of opinion before trying to bring levity to the situation.

"He said I didn't look good on TV acting that fiery," Kingsbury quipped. "I don't know, guess it's a Gen Z thing. 'You're on TV so calm down.'