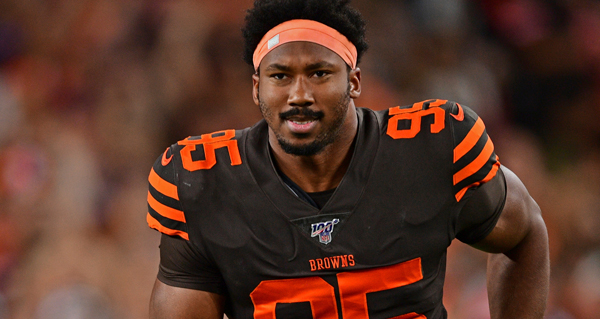 Myles Garrett suffered a shoulder sprain and a biceps strain as well as cuts and bruises in the one-car crash he was involved in Monday afternoon, the Cleveland Browns said in a statement.

Garrett, 26, was released from a Cleveland hospital the same day after being treated for the injuries.

His status for Sunday's game against the Atlanta Falcons remains unclear.

The crash occurred after Garrett left practice at the Browns' training facility in Berea, Ohio.