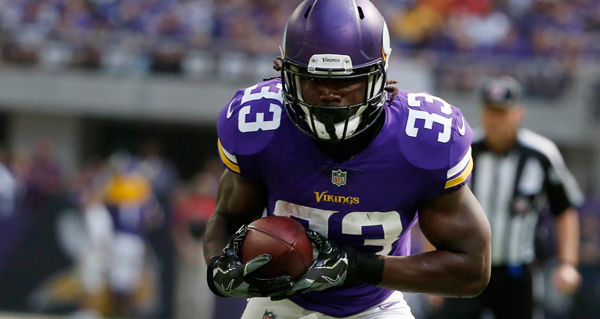 Dalvin Cook suffered a dislocated shoulder on Sunday against the San Francisco 49ers, according to a source.

The Minnesota Vikings expect Cook to miss at least the next two games, with the hope that he can return for the Dec. 20 game against the Chicago Bears, the source said.

Mike Zimmer wouldn't disclose the nature of Cook's injury on Monday, only saying the running back is "day-to-day."