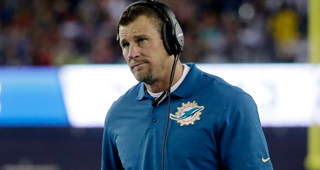 The Detroit Lions will hire Dan Campbell as head coach.

Campbell would replace Matt Patricia, who was fired in November after less than three seasons with the franchise and a 13-29-1 record.

Campbell doesn't have much experience as a head coach -- just 12 games as an interim head coach for the Miami Dolphins.

Campbell played 10 seasons in the NFL, including the final three years of his career for the Lions.