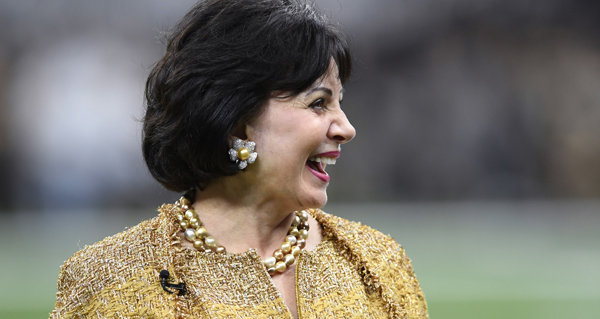 The New Orleans Saints are attempting to block the release of hundreds of emails allegedly showing team executives doing public relations damage control for the Roman Catholic archdiocese in the area to help contain the fallout of its sexual abuse crisis.

"Obviously, the Saints should not be in the business of assisting the Archdiocese, and the Saints' public relations team is not in the business of managing the public relations of criminals engaged in pedophilia," the attorneys wrote in a court filing. "The Saints realize that if the documents at issue are made public, this professional sports organization also will be smearing itself."

In a statement Friday, the Saints said they are not trying to conceal information but rather have "requested the court to apply the normal rules of civil discovery to the documents that the Saints produced" and noted they would become public if admitted into evidence at a trial or hearing.

Gayle Benson has given millions of dollars to Catholic institutions in the New Orleans area, and the archbishop is a regular guest of hers at games and at charitable events for the church.