Saints Will Be Patient As Drew Brees Mulls Future 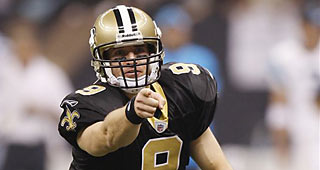 Drew Brees isn't in a hurry to decide if he'll return for a 20th season and the New Orleans Saints will be patient with the quarterback.

The quarterback is set to be an unrestricted free agent.

"I wanted to give it at least a few weeks, months, postseason, just to take a deep breath and decompress a little bit and get some time with the family and then just reassess," he said.

In addition to Brees, Teddy Bridgewater will be an unrestricted free agent and Taysom Hill will be restricted.

"We'd love to have Drew back, and if he wants to be back then we'll go from there. I'm assuming that he does," Loomis said. "I don't think it's any different than it's been the last few years.