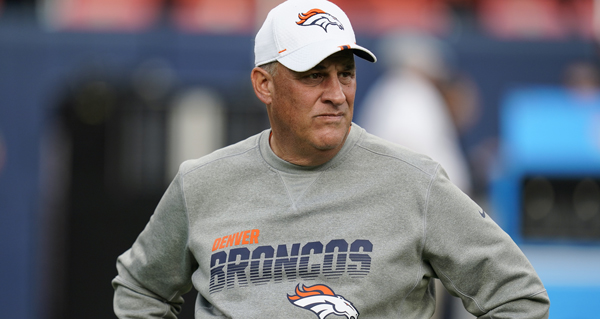 Whoever wins the NFC East, either the Dallas Cowboys or Philadelphia Eagles, will host a team with a much better record in the Wild Card round this year.

"Since the league went to 32 teams, which was when the Texans came in in 2002, my ideal suggestion -- which has never been put forth in front of anybody important -- I don't think there should be divisions," Fangio said.

"I think you've got 16 in each conference. Everybody should play each other once. That's 15 games. Then if you want a 16th game, you play a natural rival from the other conference-Jets and Giants play every year. Eagles-Steelers, Texans-Cowboys, etcetera, play every year. Then keep it at 16 games, but you'll avoid the problem that's going to happen this year where probably an 8-8 team is hosting a 12-4 team.''

The solution would certainly solve the problem of division winners with weak records getting into the playoffs.

"You're going to get the six best teams in each conference," Fangio said. "The divisions always float. There are some that are easy some years, some that have a bunch of good teams, that switches back and forth every couple years.