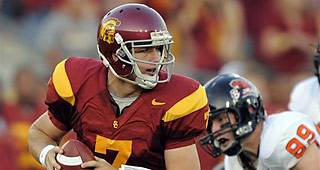 Barkley joined the Bears after being waived by the Arizona Cardinals this month.

In his career, Barkley has appeared in four games for the Eagles, completing 30 of 50 pass attempts for 300 yards and four interceptions.

Cutler is officially day-to-day, but he conceded that he had trouble gripping the football in Monday's loss.