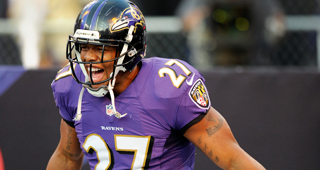 The Baltimore Ravens finally deleted the tweet from the initial Ray Rice and Janay Rice press conference, that one where they documented her apology for getting punched in the face and knocked unconscious.

The Ravens continued to have the Tweet up after they released Ray Rice on Monday.

Rice is now under an indefinite suspension by the NFL.