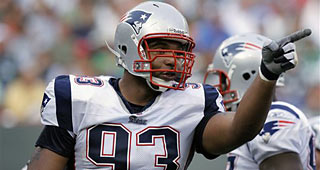 Just one week ago, Richard Seymour said he felt as though the Raiders could make the playoffs. Now, after a 38-0 loss to the Jets he doesn't see the team is such a positive light. "I don't think we could've beat an Oakland high school team today," he said Sunday, according to the USA Today. The Raiders have scored just 62 points, second-fewest in the league.